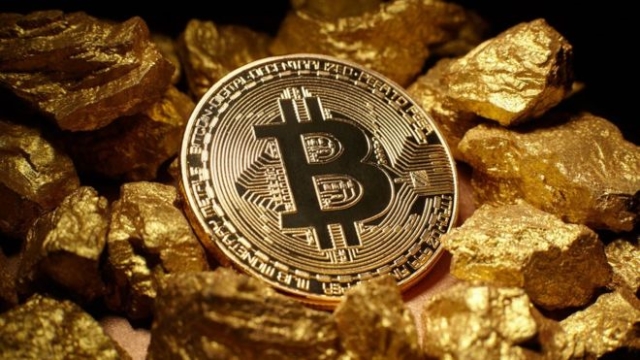 Banks will not be affected should the price of cryptocurrencies collapse, ratings agency, Standard & Poor’s has revealed.

In its latest report titled ‘The Future Of Banking: Cryptocurrencies Will Need Some Rules To Change The Game’, S&P said “we expect rated banks to be largely insulated, given that their direct or indirect exposure to cryptocurrencies appears to remain limited.”

Financial institutions sector lead, Mohamed Damak, added that a crash in cryptocurrency prices would only make a “ripple across the financial services industry”.

He stated: “For now, a meaningful drop in cryptocurrencies’ market value would be just a ripple across the financial services industry, still too small to disturb stability or affect the creditworthiness of banks we rate.”
“We believe that the future success of cryptocurrencies will largely depend on the coordinated approach of global regulators and policymakers to regulate and enhance market participants’ confidence in these instruments.”

In Ghana, the Bank of Ghana has stated categorically that trading and using the popular cryptocurrency known as Bitcoin in the country is not yet legal because it is not recognized as a legitimate form of currency in the country.

In this regard, no commercial bank is presently engaged in cryptocurrency trading though the trading of the bitcoin is popular among some retailers in the country.

All mediums of exchange in the country must be approved by the Bank of Ghana and there is currently a Settlements and Payments bill before Parliament which will cater for the use of cryptocurrencies in the future.

S&P said it believes cryptocurrencies would need some regulation and guidance before they have a major impact on the financial markets, according to the report titled.

Cryptocurrencies have attracted significant attention from the market over the past 12 months because of its ledger software blockchain.

Despite playing down the importance of cryptocurrencies, S&P is bullish on the prospects for blockchain, the technology that underpins bitcoin and other cryptocurrencies.

Blockchain technology, also known as distributed ledger tech, allows for a shared database that is near instantly updated, meaning all parties can see the same version. It uses complex cryptography and group authentication to police the editing of the ledger.