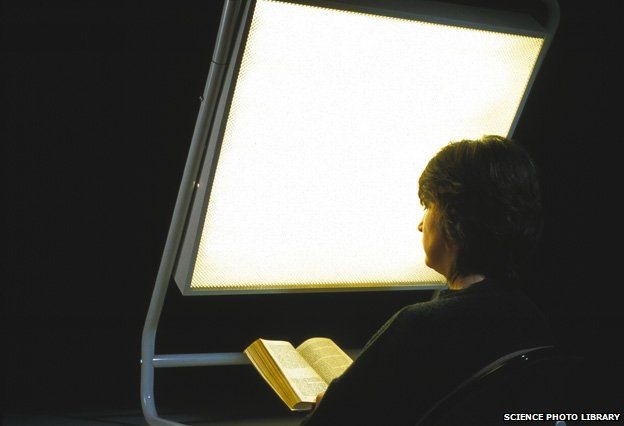 People afflicted with bipolar disorder may find some relief from depression with daily doses of light therapy, new research suggests.

With light therapy, people spend time sitting in close proximity to a light-emitting box — in this case, bright white light — with exposures increasing from 15 minutes per day to a full hour over a period of weeks.

The study found that within a month the therapy helped treat depression in people with bipolar disorder.

"This gives us a new treatment option for bipolar patients that we know gets us a robust response within four to six weeks," said Sit, who is associate professor of psychiatry at Northwestern University in Chicago.

According to the Brain & Behavior Research Foundation, bipolar disorder "is a brain and behavior disorder characterized by severe shifts in a person's mood and energy, making it difficult for the person to function." Over 5.7 million Americans are thought to have the disorder, which often involves depressive episodes.

However, it's also been noted that light therapy can sometimes cause side effects, such as mania, in people with bipolar disorder.

Still, the Northwestern team wondered if the treatment might not have a role for bipolar patients with at least moderate depression who were also taking a mood stabilizer drug.

In the study, 46 patients received either a 7,000 lux bright white light or a 50 lux light (acting as the "placebo arm" of the trial).

The study participants were told to place the lightbox about one foot from their face for 15 minutes between noon and 2:30 p.m. each day at the start of the study.

Over six weeks, the patients increased their light therapy "doses" in 15-minute increments until they reached a dose of 60 minutes per day — or had a significant change in their mood.

Compared with people in the placebo group, those in the treatment group were more likely to have significant improvements, Sit's team said.

More than 68 percent of patients in the treatment group achieved a normal mood versus 22 percent of those in the placebo group, the findings showed. Patients in the treatment group also had a much lower average depression score than those in the placebo group, and significantly higher functioning, meaning they could return to work or complete household tasks they hadn't been able to finish before treatment.

Significantly, none of the patients experienced mania or hypomania, a condition that includes a period of elation, euphoria, irritability, agitation, rapid speech, racing thoughts, a lack of focus and risk-taking behaviors.

"As clinicians, we need to find treatments that avoid these side effects and allow for a nice, stable response. Treatment with bright light at midday can provide this," Sit said in a university news release.

Two psychiatrists agreed that the therapy may have merit for patients, who often have few options.

"No standard antidepressants are approved for treatment of bipolar depression," said Dr. Seth Mandel, who directs psychiatry at Northwell Health's Huntington Hospital in Huntington, N.Y. He added that antipsychotics that are approved for bipolar disorder often come with side effects that cause many patients to stop using them.

Light therapy "offers us another option, one that certainly appears to do no harm," Mandel said.

Still, he noted that patients with more severe symptoms weren't included in the Chicago study, and he also believes many people won't be able to adhere to the hour-long, daily dosage required.

Dr. Ami Baxi is a psychiatrist who directs adult inpatient services at Lenox Hill Hospital in New York City. She agreed that light therapy may be "a welcome addition to our limited treatment options for bipolar depression."

The study was funded by the U.S. National Institute of Mental Health and published Oct. 3 in the American Journal of Psychiatry.