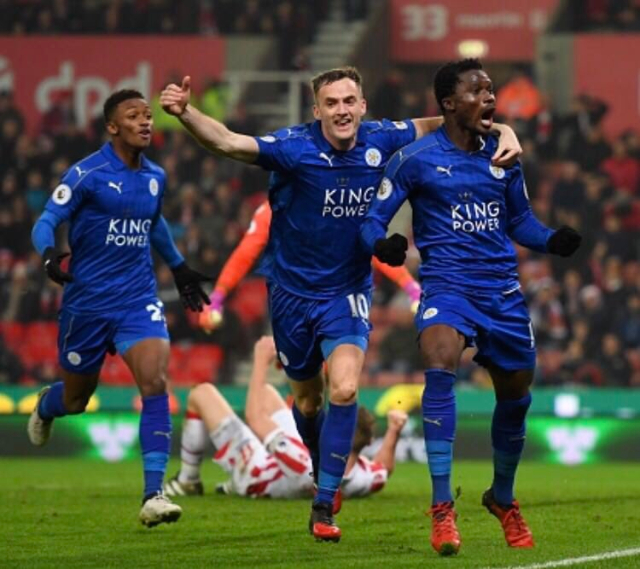 Ghana defender Daniel Amartey scored his first Premier League goal for Leicester as he starred in the champions outstanding comeback draw against Stoke at the Bet 365 stadium.

The odds were stuck against Leicester who went a man and two goals down but they showed bravery and fighting spirit to come through with a draw.

Amartey, who started in central midfield alongside Andy King, was pretty dominant as he held his own against Imbula and Glenn Whelan.

The goal came late in the second half as Amartey headed home from a fantastic delivery from Christian Fuchs.

Amartey wheeled away in celebration of his first goal in Blue for Leicester and more importantly, a further boost for Ghana ahead of the AFCON.