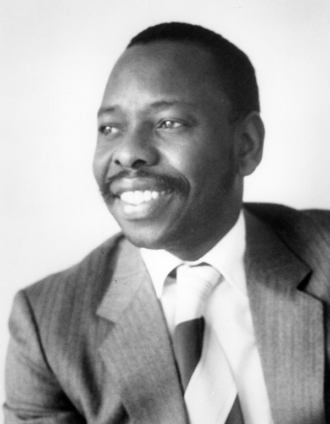 The daughter of renowned Nigerian environmental activist Ken Saro-Wiwa has called for him to be posthumously pardoned, on what is the 25th anniversary of his execution.

Nigeria’s then-military regime sparked global outrage after it convicted Mr Saro-Wiwa and eight other people of murder and hanged them. Their widows are suing oil giant Shell, alleging it was complicit.

Noo Saro-Wiwa has tweeted that Nigeria’s government “cannot call itself civilised or claim moral responsibility while it refuses to exonerate” her father and his colleagues, who became known as the Ogoni Nine.

“Black lives will matter outside Africa only when they matter in Africa itself”, she adds.

The Nigerian government cannot call itself civilised or claim moral authority while it refuses to exonerate #kensarowiwa and his 8 colleagues. Black lives will matter outside Africa only when they matter in Africa itself. #pardonkensarowiwa #pardontheogoni9 #Buhari pic.twitter.com/N7h88UxHM5

In 2015 the Nigerian Human Rights Commission said Ken Saro-Wiwa’s trial was “deeply flawed”, and he should be pardoned. But this has not happened.

The protests were seen as a major threat to then-military ruler Gen Sani Abacha, and oil company Shell.