'Desmond Tutu's death could only have been divinely scripted' - Mahama - MyJoyOnline.com

‘Desmond Tutu’s death could only have been divinely scripted’ – Mahama 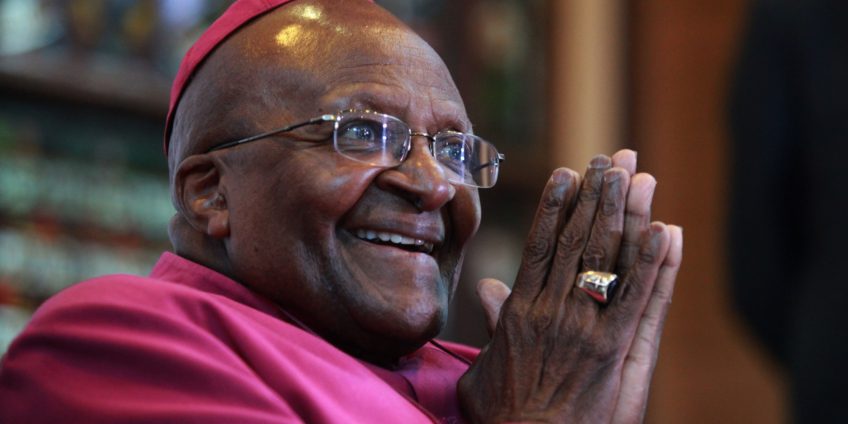 In a Facebook post on Sunday, Mr. Mahama, said the late Archbishop was an eminent leader of the Christian faith and a humanist whose calling in the service of humanity transcended religion.

According to him, God calling him to rest during this sacred period of Christmas could only have been divinely scripted, with him having lived a full life, dedicated to God and humanity.

Mr. Mahama said the renowned Christian Leader would forever be remembered for his fight against injustice, especially during the era of apartheid.

He, thus, entreated all to keep his memory alive by emulating his works and speaking against injustice when the need arises.

“Desmond Tutu, aside from being an uncompromising figure against apartheid in South Africa and all forms of injustice anywhere they occur, is also famously remembered for his saying: “If you are neutral in situations of injustice, you have chosen the side of the oppressor. If an elephant has its foot on the tail of a mouse and you say that you are neutral, the mouse will not appreciate your neutrality,” he said.

“While we all grieve his demise, we can keep his memory alive by offering to be the voice of the voiceless or the silenced just as he was, and not by keeping mute in the face of injustice. This way, the memories of him and many others like him, will never die but continue to live in our hearts and through our noble actions,” he said.

His death was confirmed in a statement by President Cyril Ramaphosa on Sunday, December 26, 2021.

Tutu’s death marked “another chapter of bereavement in our nation’s farewell to a generation of outstanding South Africans who have bequeathed us a liberated South Africa,” he said.

Tutu was one of the country’s best-known figures at home and abroad.

A contemporary of anti-apartheid icon Nelson Mandela, Desmond Tutu was one of the driving forces behind the movement to end the policy of racial segregation and discrimination enforced by the white minority government against the black majority in South Africa from 1948 until 1991.

He was awarded the Nobel prize in 1984 for his role in the struggle to abolish the apartheid system.

Tutu’s death comes just weeks after that of South Africa’s last apartheid-era President, F.W. de Clerk, who died at the age of 85.

He described him as “a patriot without equal; a leader of principle and pragmatism who gave meaning to the Biblical insight that faith without works is dead.