The 2019 winner of Atinka TV’s plus size women reality show ‘Di Asa’ has allegedly been kicked out of Emirates Airlines’ plane to Dubai.

According to reports reaching media outlets, Precious Mensah, popularly known as PM, was not allowed on the plane because of her size. 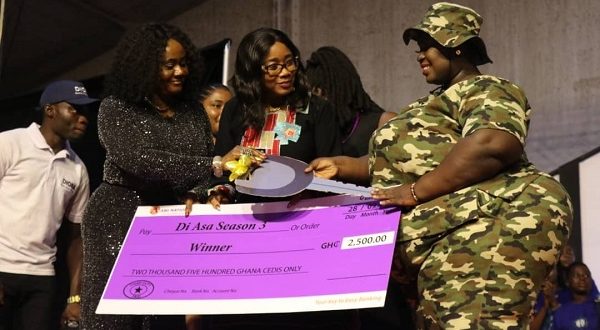 PM alongside two runners-up, Maafia and Gaza, as a price for coming on top during the competition, were given a sponsored trip to Dubai.

The runners-up, however, were able to get on the flight leaving PM.

The Di Asa team, is supposedly planning on resolving the issue by Friday, November 22.