DICs exits in August will set new projections for GRA 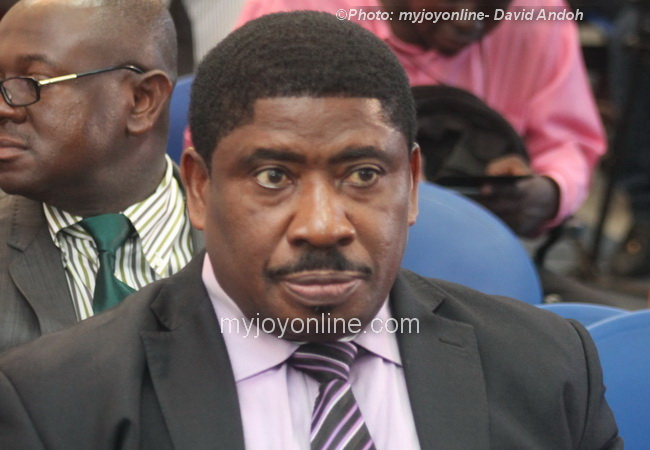 The Government is expected to rake in $920 million in profit annually when the Customs Division of the Ghana Revenue Authority (GRA) assumes responsibility for destination inspection of goods at the country’s ports.

It is envisaged that the division would, from September 1, 2015, assume control of the classification, valuation and risk management duties from the Destination Inspection Companies (DICs) whose contract with the government comes to an end on August 31 this year.

In anticipation of the takeover, Customs has begun refurbishing a new office structure at its headquarters to accommodate the information and communications technology (ICT) unit that would be deployed in the classification, valuation and risk management procedures.

Officials have also begun the procurement of logistics and training of personnel in ICT, while internal sensitisation processes among staff to be deployed in the duties are underway.

There are expectations that the takeover would improve Customs procedures, which would eventually translate into improved revenue generation for the country.

The operations of DICs over the last 13 years in the country constituted part of the World Trade Organisation (WTO) modernisation programme aimed to transfer the necessary logistical support to Customs to fully implement the scheme.

But the DICs have anticipated a chaotic process when they exit, as government has not put in place any transition plan to ensure the DICs hand over properly.

According to the Corporate Affairs Manager of Gateway Services Limited (GSL), Ms Amma Addo, although the government had in a letter to the DICs indicated that their contracts, which comes to an end in August this year, would not be renewed, officials had not proposed any exit plan for the DICs.

“The previous exit proposal made by the former Trade Minister, Mr Haruna Iddrisu, is not being followed, so we are anticipating a closure of business by the end of August which would see some 500 employers of all the five DICs being made redundant,” Ms Addo told the Daily Graphic in an interview.

Ms Addo pointed out that while the government had argued that the Customs Division had the needed capacity to undertake the responsibilities of the DICs, the personnel with the capacity were mainly those based in the hinterlands where technology was non-existent and, therefore, wondered how the division was going to operate effectively.

“We were expecting a gradual transition where government would put in place adequate infrastructure and the right personnel. Perhaps the introduction of West Blue Contract ,which had no track record, could be the transition government had put in place,” Ms Addo pointed out.

Ms Addo pointed out that the five DICs which shared between them some 500 permanent employees and thousands of casual workers were in a fix over what to do with these employees.

However, officials of Customs were of the view that the DICs had over the periods of their operations had personnel of the Customs Division being seconded to help in their operations; hence the competence of Customs in the performance of these duties was not in doubt.

“Personnel of DICs were largely drawn from Customs, hence the notion that the division lacked the needed capacity to perform was false,” the source indicated.

According to a Daily Graphic source at the Customs, there could be a marginal increase revenue in the trade chain when the takeover was fully completed and the economy showed a further rebound by the first quarter of 2016.

The source added that whereas import tax revenue dropped from a whopping $2.8 billion in 2013 to $2.02 billion in 2014 due to the economic meltdown the country had suffered, the prospects for the future looked great.

The source stressed that the regulations of the WTO and the World Customs Organisation (WCO) frowned on the operations of DICs in the dispensation of Customs-led duties.

The source emphasised that the WCO’s survey on member countries worldwide revealed that there were gaps in Ghana’s compliance chain which were key requirement for membership.

“To ensure compliance, Ghana’s Customs must take over these very core functions so the service could conduct intelligence-led classifications. This would enable Customs to provide a one-stop shop-led service for the trading community rather than having multiple actors in the value chain,” the source intimated.

The Daily Graphic also gathered that the DICs in the provision of classification advices to Customs issues disclaimers on their classification reports, since the advices were based on documentations provided by importers.

This the source was of the view that Customs could no longer use the disclaimers of the DICs, but rather have the benefit to view the goods themselves, hence disclaimers issued by the DICs would no longer be a viable preposition for Customs to hang on in their operations.