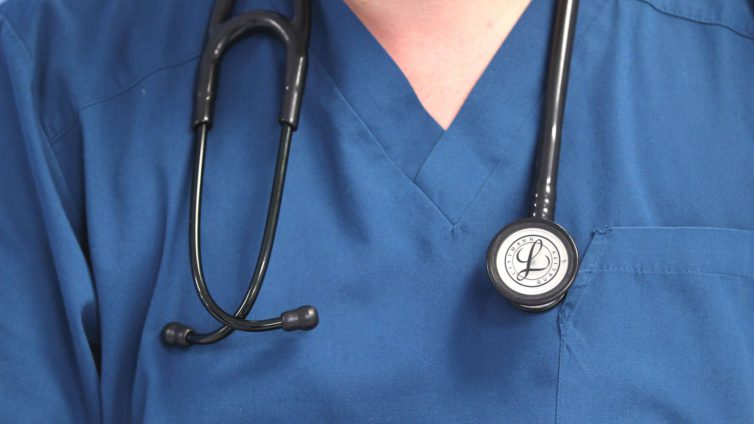 Dr Kyle Merritt had worked through a record-breaking heatwave and wildfires when he met a 70-year-old patient with worsening medical conditions. He then diagnosed climate change as key reason for her decline in health.

A Canadian doctor has diagnosed a woman with “climate change” after she came to hospital with breathing problems.

Dr Kyle Merritt came to the unprecedented conclusion after finding that a recent heatwave and poor air quality in Nelson, British Columbia, contributed to the 70-year-old’s deteriorating health.

It comes as the doctor and his colleagues working in the emergency department at Kootenay Lake Hospital were faced with rising patient numbers in June as a result of the province’s worst weather conditions in years.

British Columbia was hit by the hottest and most deadly heatwave in the country’s history. This was closely followed by wildfires that left behind a thick smoke across the province.

Dr Merritt found the 70-year-old’s existing conditions had worsened after examining her at the end of the summer period.

He told Glacier Media: “She has diabetes. She has some heart failure… she lives in a trailer, no air conditioning.

“All of her health problems have all been worsened. And she’s really struggling to stay hydrated.”

In what’s thought to be a world first, after assessing “the underlying cause”, he wrote on a patient chart: “climate change”.

“If we’re not looking at the underlying cause, and we’re just treating the symptoms, we’re just gonna keep falling further and further behind,” he said.

Others in the hospital shared Dr Merritt’s opinion and he was able to form an internal group of about 40 medical professionals called Doctors and Nurses for Planetary Health.

In a statement on its website, the group said: “As physicians and nurses, we saw first-hand the physical and mental effects of climate change on our patients and communities.”

And it warned: “We see this as a looming disaster that risks undermining our already overburdened medical system.”

The group’s message of concern has been echoed by other health professionals around the world.

A report produced by the World Health Organization (WHO) in the run up to the COP26 climate summit in Glasgow detailed links between climate and health.

WHO director-general Dr Tedros Adhanom Ghebreyesus said: “The same unsustainable choices that are killing our planet are killing people.”

In the UK, the death of nine-year-old Ella Kissi-Debrah marked the first time that air pollution exposure was named as a medical cause of death.

Had our first successful Climate Rally thanks to @WCDrs4PH and #codered #cop26 pic.twitter.com/H8q5QbsgZ2

News of the 70-year-old’s diagnosis comes after Dr Merritt and Doctors and Nurses for Planetary Health aired their concerns to politicians at a protest in the city of Victoria last week.

Dr Kelly Lau, who was among those demonstrating, said: “This is about moving forward in a way that saves lives.”