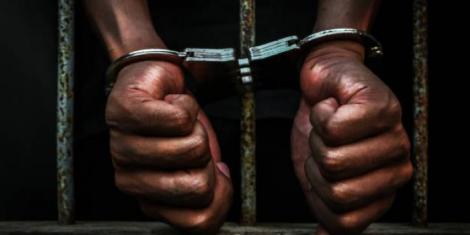 A former Deputy Attorney-General, Dr Dominic Ayine has expressed worry about some happenings in the country’s justice delivery system.

The legal practitioner sees some creeping attempts to gag the citizenry after a recent arrest of a retired quantity surveyor on Friday, May 6, 2022.

The 64-year-old man with the State Housing Corporation was whisked away for allegedly threatening a Justice of the Supreme Court.

The man, Livingston Bosso was reportedly picked up by plain-clothed men who were accompanied by a uniformed police officer on Friday into a Toyota Land Cruiser vehicle without any explanation to the suspect or his family.

Sources say Mr Bosso had, in a text message, told the judge who is his friend and the bench to exercise some circumspection in their rulings in order not to court the public’s disaffection with the judiciary frame work.

Dr Dominic Ayine believes the subsequent arrest is tantamount to empowering the culture of silence.

“Apaloo CJ, Archer CJ, Acquah CJ, Wiredu CJ, Taylor JSC, Francois JSC, Aikins JSC, Amua-Sekyi JSC, Osei-Hwere JSC must all be turning in their graves that this is the legacy they’ve left behind- a culture of silence from the bastion of civil liberties.”

The suspect has since been remanded into police custody to reappear on May 23, 2022.

“As it stands, we have not seen the charge sheet, we do not know what Mr Bosso has been charged with and why he is being remanded,” the suspect’s lawyer, Jerry John further told Accra-based Citi News earlier.

DISCLAIMER: The Views, Comments, Opinions, Contributions and Statements made by Readers and Contributors on this platform do not necessarily represent the views or policy of Multimedia Group Limited.
Tags:
Culture of Silence
Dominic Ayine