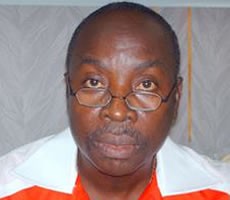 The Convention People’s Party is calling for an outright ban on the sod cutting and commissioning of projects six months before national general elections.

The party believes such an action by ruling governments lead to flagrant abuse of incumbency by the ruling party.

Speaking to Joy News’ Araba Koomson, the shadow CPP member for Justice, Bright Akwetey expressed grave reservations about the practice and called for its abolition.

He chided the New Patriotic Party for abusing incumbency during the 2008 elections in which the party’s flag-bearer, Nana Akufo-Addo lost to the then opposition candidate Prof. John Atta Mills.

Akwetey’s comments follow a controversial report, the author of which is still shrouded in controversy, in which the NPP was said to have abused incumbency; used resources in a ratio of 30:1 relative to its competitors.

The CPP guru cited an alleged distribution of campaign materials for the NPP flag-bearer via helicopters during the past general election, saying, “It was abhorring; was something that was despicable. We should condemn that; it should never happen. Why should a state helicopter be used for such an activity?” he quizzed.

According to him, ruling parties have the mischievous tendency of leaving all those projects till the last six months and then engage in a festival of sod-cutting and commissioning of projects.

“My suggestion is that in the last six months before elections – that is July to December – no government should undertake sod-cutting and commissioning of new projects because it is unfair. They just leave these projects to the last and pretend as if they love Ghanaians most or they are concerned about the plight of Ghanaians most or for the supply of their needs most.”

He said if a government has any sod-cutting or commissioning to do, it must do all those before July. “From then on you can only talk about it,” he said.