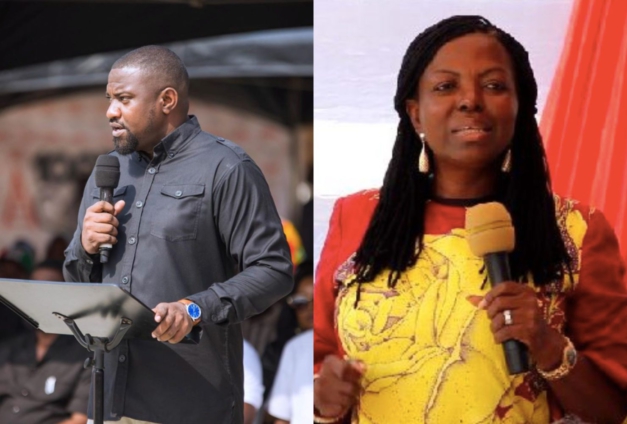 Member of Parliament for Ayawaso West Wuogon says her constituents should not risk their vote on her opponent John Dumelo, who is running on the ticket of the NDC.

According to her, a vote for the actor would stagnate the gains the constituency has achieved so far.

Ms Alhassan said that unlike her opponent she does not play down the importance of all constituents adding “I respect and believe in them.”

She added that although John Dumelo has been active on social media, her work on the ground will assure her victory.

“I am not that visible on social media, on the grounds is where the work is and that is where I am.

“Also, when it comes to the groundwork, you will hear the people tell you that I am strong.”

But reacting to her assertions on Joy FM’s Midday News on Joy FM, John Dumelo stated that he made no such comments about intellectuals.

According to him, he had rather stated that he does not believe in leaving the position of power to only intellectuals.

“I think it is just cheap political points she wants to score. What I said is, when you take a look at the NDC, we believe in everybody.

“We believe in the bottom-up approach, we don’t believe that a group of intellectuals should take over the whole party,” he said.

Mr Dumelo said, it was for this reason that the NDC took into consideration the opinions of people from all walks of life during the compilation of the it’s manifesto.

“That encompasses our ideology,” he added.

DISCLAIMER: The Views, Comments, Opinions, Contributions and Statements made by Readers and Contributors on this platform do not necessarily represent the views or policy of Multimedia Group Limited.
Tags:
Ayawaso West Wuogon
John Dumelo
Lydia Alhassan