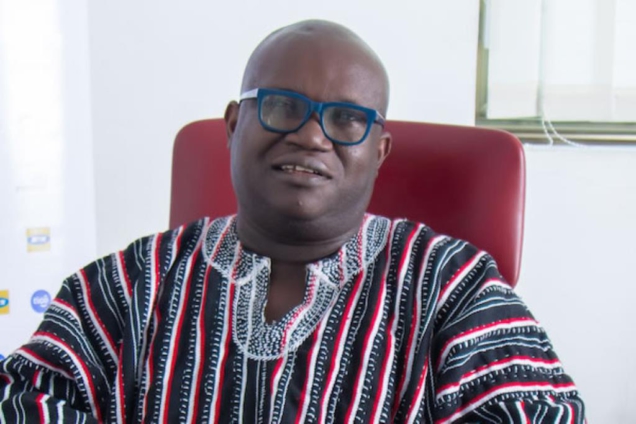 Convener for the Media Coalition Against Galamsey, Kenneth Ashigbey has advised the government to visit parliament to amend the Minerals and Mining law to aid their fight against illegal mining.

Speaking on Top Story, he stated that there is nothing in the country’s laws that supports government’s decision to burn excavators found on mining sites.

He explained that the government cannot be seen using what he describes as illegal means to fight illegality despite the critical nature of the situation.

“I thought that the government could go to court or Parliament to amend the law that prevents them from destroying excavators on-site. I think this is one of the things that government needs to go to Parliament to get a law passed, amend the Minerals and Mining Act, so that when these equipment are found to be on water bodies and places where illegalities are concerned we have the law to be able to destroy them on site.”

Mr Ashigbey said that over the years, government has been finding it tough to confiscate these equipment thus finding a proper way to immobilise them would deter people from repeating such actions in the forests without proper authorisation.

He explained that many miners – when they get the alert that there are soldiers patrolling the area – would take the control boards of the excavators making it seem like it has been destroyed.

However, after the patrol team has left, they then return to use the equipment he added.

“So we need to find another way not burning but be able to immobilize it to the point that even if they themselves they take the boards, they cannot come back and use them. Then we need to quickly get the law amended so that we can cannibalize those equipment to serve as a deterrent,” he said.

His comment comes after the Ghana National Association of Small-Scale Miners said it does not understand why the military is burning excavators and equipment belonging to its members that are operating legally.

According to them, the use of the military to destroy and harass its members was not one of the measures they agreed to during the national dialogue on mining.

Three excavators and several pieces of mining equipment valued at $3 million have been burnt at the sites of their members in the Twifo Praso District of the Central Region.

Mr Ashigbey stated that although some of these miners have the legal backing to go about their activities some of them still mine closer to water bodies and other places they ought not to mine at.

He said that sometimes they make it difficult for government task force to move their equipment from these illegal sites.

“It cannot be said that some of these people are also not involved in it. but we would appeal to government that he cannot be seen to be using illegal means to fight illegality.”

Mr Ashigbey added that getting the law amended will ensure that aside illegal miners, these small scale miners will not easily bribe people who seize their equipment from illegal sites.

DISCLAIMER: The Views, Comments, Opinions, Contributions and Statements made by Readers and Contributors on this platform do not necessarily represent the views or policy of Multimedia Group Limited.
Tags:
Ken Ashigbey
Media Coalition Against Illegal Mining
Minerals and Mining Act
Small scale miners