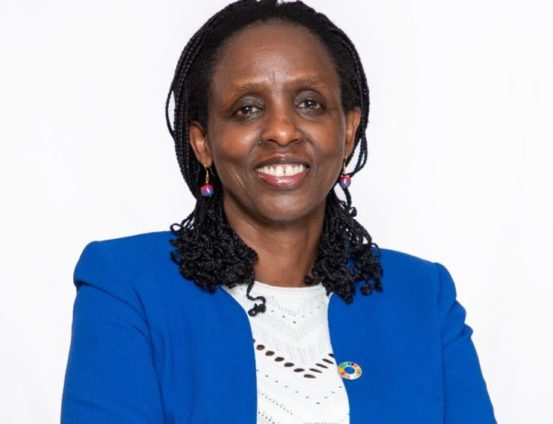 With operations in every corner of the world, they produce as much as $1.5 trillion worth of food, fuel and timber every year.

But it is not Unilever, Kraft or Danone. Instead, the largest private-sector player in food and agribusiness is in fact the world’s 500 million smallholder farmers, who are responsible for around a third of global food supplies.

And these producers, who often depend on rain-fed agriculture and forests to make a living, face an uphill struggle to cope with the increasingly severe impacts of climate change.

As world leaders gather in Glasgow, it is imperative they recognise that there is no fair and just climate action without action on food systems to enable millions of families worldwide to adapt to new and extreme conditions.

The recent UN Food Systems Summit inspired the launch of national pathways and global coalitions to champion the rights and needs of grassroots producers, and this should be reflected in every country’s climate targets, known as Nationally Determined Contributions (NDCs).

In the first instance, national climate plans should include efforts to adapt food systems that work with the changing natural environment, rather than against it.

East Africa, for example, is facing a higher risk of drought across 65 per cent of its landscape, including Djibouti, Eritrea, parts of Ethiopia and Tanzania, Kenya, Somalia, South Sudan and Sudan.

Land degradation already affects 65 per cent of Africa’s land area, and every year the continent loses about four million hectares of forest.

African smallholders need tools and techniques to continue to produce food amid increasingly scarce natural resources, and several African countries have joined the Coalition for the Transformation of Food Systems Through Agroecology mostly to do their part- adopt policies guided by agroecological principles that might hold promise to reduce emissions of Agriculturalsystems..

But advanced economies can support this transition by channelling climate finance for developing countries to deal with loss and damage,advance agroecology research and Regenerative practices and to facilitate local innovation.

Second, governments should harness the benefits of knowledge from among Indigenous Peoples, who manage a quarter of the Earth’s surface, including rainforests, but preserve 80 per cent of the remaining biodiversity. They are the best stewards of our environment and make the rest of us pale in comparison.

Organisations from across Europe, the Americas, Africa and Asia united at the Food Systems Summit behind the creation of Indigenous Knowledge Research Infrastructure (IKRI).

Finally, officials at COP26 must also acknowledge and uphold the importance of climate adaptation to the lives and livelihoods of smallholder families.

At present, price incentives and subsidies in low- to middle-income countries can penalise farmers to protect poor consumers, disincentivising them to innovate and diversify production.

Meanwhile, climate-related disasters and risks could push 100 million people into extreme poverty by 2030 and 720 million people by 2050, many of whom are family farmers who are already struggling.

Yet by directing climate finance towards helping smallholders adapt to the effects of increased temperatures, it is possible to build their resilience enough to transition towards healthy and sustainable food production.

Several countries backed a new Coalition for Family Farming but it is in everyone’s interests to support the UN’s Decade of Family Farming, given the importance of smallholder farmers to global food security.

Smallholders are the unsung heroes of global food systems, yet less than two per cent of climate finance is invested in supporting them as they face increasingly challenging conditions.

The Food Systems Summit recognised climate change as both a threat to and a consequence of food systems. Now, climate negotiators must recognise food systems transformation as an opportunity not only to survive climate change, but to thrive. The time is now and these farmers and other low income communities are betting on our leaders demonstrating urgency and ambition at COP26.

The author is a Special Envoy of the UN Secretary-General for the UN Food Systems Summit.