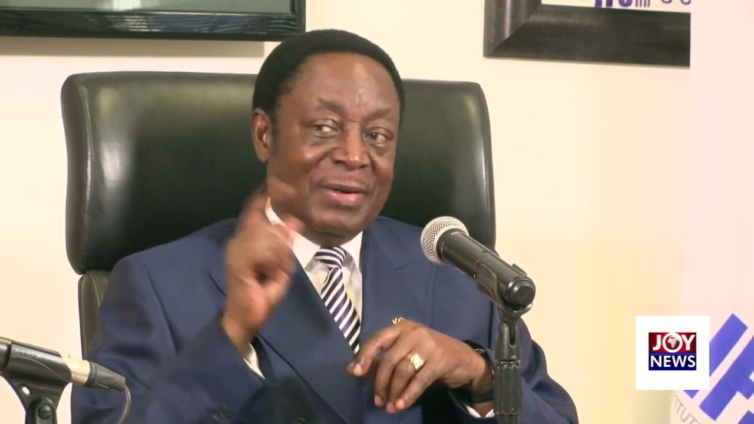 It had been in the rumour mill for a while now, but former Finance Minister Dr Kwabena Duffuor has made it official that he will be seeking to lead the National Democratic Congress (NDC) as its flagbearer in the 2024 election.

According to the former Finance Minister, he is prepared to contest for the Flagbearship position of the party when nominations are opened.

“Today, I officially announce my intention to contest for the Flagbearership of the National Democratic Congress (NDC) anytime the party opens nominations. I will offer myself once again to serve the land of my birth with humility and sacrifice when given the chance to do so,” he posted on Facebook on Thursday.

While rumours have been rife of Dr. Duffuor joining the race, he had avoided openly declaring his intention to run.

In an interview in November, 2021 on the Super Morning Show, he stated that his main objective at the moment was to help the opposition NDC build a formidable party.

“The NDC has not opened any nomination for Presidency. All that we are doing now is to build a very strong party. So when we get there, we will know.

“Let’s get to the river before we cross. We are not there yet, when we get there, we will cross and then we will know. But right now the focus is on the party and not on any individual. Soon, the party will elect its leaders but for now, we are not there yet,” he had said.

According to him, having a resilient political party is the only way the NDC can emerge victorious in the 2024 general elections.

However, the tables have turned today, as he has publicly declared his interest.

DISCLAIMER: The Views, Comments, Opinions, Contributions and Statements made by Readers and Contributors on this platform do not necessarily represent the views or policy of Multimedia Group Limited.
Tags:
Dr Kwabena Duffour
NDC flagbearership