Driver arrested for robbery at Gindabor, 5 others on the run in Savannah Region 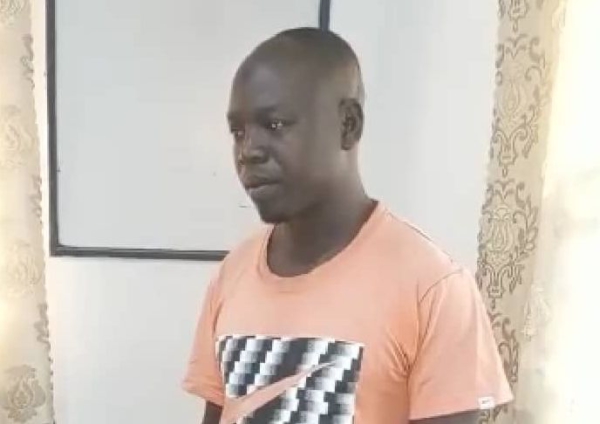 A 33-year-old Sawla-based commercial bus driver, Issahaka Tahiru is currently in police cells for allegedly robbing a mobile money vendor and a seamstress in the Sawla Tuna Kalba District.

His five other accomplices, names withheld are on the run and are being pursued by the Sawla Police Command in the Savannah Region.

Sources within the Police revealed that the accused, Issahaku Tahiru who pleaded guilty when he appeared before a Tamale Circuit Court, together with his accomplices and made away with GHS28,005 in cash.

But luck eluded him when a mobile phone found at the scene of the crime by the two complainants was presented to the Police and he was later arrested from his hideout at Tuna.

In an interview with JoyNews, the Sawla Tuna Kalba District Police Commander, ASP Adjei Degraft Armah recounted the incident adding; “a complaint was lodged by Joshua Taryen, a mobile money vendor and Vida Uzorkyin, a seamstress both from Gindabor.”

He said the accused person, Issahaku Tahiru mobilised the five others and attacked the two complainants living in the same house.

The District Commander said he quickly mobilised men on the ground and stormed Tuna where the accused was arrested.

According to the police, the money was retrieved from a kettle in a bathroom where the accused was hiding it.

He said they later followed up on the five accomplices he mentioned who are all, on the run.

Meanwhile, the court has set aside April 10, 2021 for judgement.

DISCLAIMER: The Views, Comments, Opinions, Contributions and Statements made by Readers and Contributors on this platform do not necessarily represent the views or policy of Multimedia Group Limited.
Tags:
Driver
Gindabor
Robbery