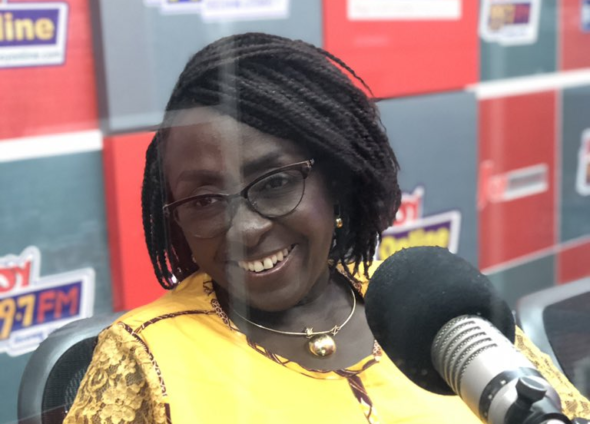 The aspiring NDC Member of Parliament for Ketu South, Dzifa Gomashie, has questioned the continued presence of military personnel in the constituency.

According to her, government has failed to give the people of Ketu South reasons for their actions or assure them of their safety.

“Before the registration, all kinds of reasons on this whole conversation had been different depending on which platform and who is speaking.”

“As I am speaking to you now, I am not sure why the military was there, why they were pulled out and why they are back,” Dzifa Gomashie told Lexis Bill on JoyFM’s Personality Profile on Thursday.

Meanwhile, the Chief Executive for the Ketu South Municipality, Elliot Agbenorwu had indicated that the intensified security presence along the Ghana-Togo border forms part of government’s measures to mitigate the importation of Coronavirus into the country.

He said intelligence gathered indicates that some unscrupulous individuals continue to aid people into the country through unapproved routes, hence, the need for reinforced security presence along the borders.

However, according to the NDC, the heavy military presence in the Ketu South District especially was an act of intimidation to prevent the people there from registering and thus called for the withdrawal of the security personnel.

Some residents alleged that the security officials have deviated from their mission objective of protecting the borders to intimidating and physically abusing them.

Ms Gomshie had also been in the news during the voters’ registration exercise for claims that government and the EC were colluding to reduce the number of registered voters in her constituency.

She told Lexis Bill on Thursday that that as a stakeholder it is her responsibility to properly communicate the situation to her people.

However, the government’s inability to explain the presence of the military in the constituency hinders that, and does not assure the constituents of their safety.

“Depending on who is speaking I hear a different reason. I am a stakeholder in this whole thing and when I speak to my people I must have a message that resonates what you are thinking as government but if I can’t understand how do I help you do that,” she quizzed.

Dzifa Gomashie is demanding that government officials provide reasons for the continued military presence in Ketu South and also assure the people of Ketu South of their safety.

DISCLAIMER: The Views, Comments, Opinions, Contributions and Statements made by Readers and Contributors on this platform do not necessarily represent the views or policy of Multimedia Group Limited.
Tags:
Ketu South
Voters Registration Exercise