Easy On Me: Is Adele’s comeback single a Hit or a Miss? 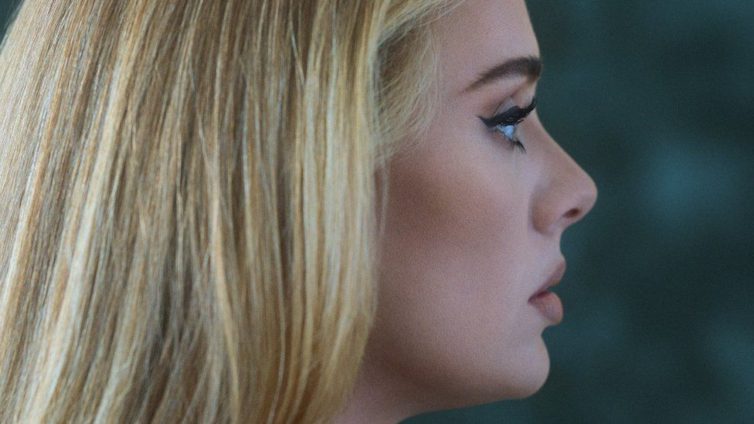 Image caption, Easy On Me was co-written with Adele's frequent collaborator Greg Kurstin

Easy On Me, a spare and emotional piano ballad, was released at midnight UK time, offering fans the first glimpse of her “divorce album”, entitled 30.

That will be her follow-up to massively successful albums 19, 21 and 25.

Easy On Me sees Adele explaining her decision to walk away from her marriage in 2019, while asking her son and ex-husband for understanding.

That moment, so naked and unvarnished, sends shivers down your spine.

Adele’s voice is full of regret, but also resolve.

In the accompanying music video, director Xavier Dolan chooses this moment to transition from black and white to full colour. It becomes clear that this is the sound of a woman who has dismantled her entire world, realising she needn’t feel guilty for putting herself first

The chorus, “go easy on me”, is addressed to herself as much as her family – and she realises it’s too soon for them to see her point of view.

“I had good intentions / And the highest hopes / But I know, right now / It probably doesn’t even show.”

The song was apparently the first track written for Adele’s forthcoming album, and dates back to the year of her separation. The immediacy of those emotions is apparent in her vocal, simultaneously strong and vulnerable.

But there’s also a generosity to the song. Adele is reaching out to the people she’s hurt, but Easy On Me is also a big woolly blanket wrapped around the loneliness and pain of anyone who’s been through a core-shaking break-up.

Fans around the world stayed up to hear the song as soon as it premiered – with 299,000 people watching its debut live on YouTube.

It comes just five weeks before her new album – which was first teased in a global marketing campaign that saw the number 30 projected on to buildings and billboards in Brazil, Mexico, Dubai, Italy, Germany, Ireland, the US and the UK.

Fans correctly guessed the release date of 19 November when Taylor Swift moved her forthcoming album forward by a week, apparently to avoid a clash with Adele.

Like her previous three albums the title is a reference to a specific age in Adele’s life.

Thirty is the age at which she married her long-term partner, Simon Konecki, and then left him.

The star has said the album was recorded to help her nine-year-old son understand their divorce the following year.

“I wanted to explain to him through this record, when he’s in his 20s or 30s, who I am and why I voluntarily chose to dismantle his entire life in the pursuit of my own happiness,” she told Vogue magazine.

“It made him really unhappy sometimes. And that’s a real wound for me that I don’t know if I’ll ever be able to heal,” she added.

Now 33, the singer said she had “learned a lot of blistering home truths” about herself while writing her new music.

Writing on Twitter, she compared the record to a friend who comes over with “a bottle of wine and a takeaway” and offers a shoulder to cry on during trying times.

“That friend who snuck in and left a magazine and a face mask with some bath salts to make me feel loved while inadvertently reminding me not only what month it actually was, but that I should probably exercise some self-care!”

While Easy On Me is very much a traditional heartbreak ballad, there have been hints that the rest of the album will showcase a more experimental side to Adele’s music.

According to Vogue, one track features her vocals “sampled and resampled over a hypnotic beat”, that is reminiscent of electro-pop act Goldfrapp.

She has also worked with London-based producer Inflo – responsible for the retro R&B sounds of Michael Kiwanuka and Little Simz – as well as the Oscar-winning composer of the Black Panther score, Ludwig Göransson.

Radio 2 DJ Jo Whiley, who has been played a handful of the songs, said there are “all kinds” of sounds and genres on the album.

“There’s one that I listened to and it just made me feel incredibly sad,” she added. “She really does pour her heart out and her voice, I think, has never sounded better.

“I was really surprised by the heights that she reaches – and the power and the resonance within her voice is amazing.”

However it sounds, 30 is certain to be a shot in the arm for the UK music industry.

Only one British album released since the start of 2020, Dua Lipa’s Future Nostalgia, has sold the 300,000 copies required to be awarded a platinum disc.

It took her 10 months to achieve that feat. By contrast, Adele’s last album, 25, went platinum in its first 24 hours.

It went on to become the UK’s 14th best-selling album of all time, with sales in excess of 3.6 million.

Sony, her new record label, will be hoping to match those sorts of sales heights – although the CD market has declined precipitously since 2015; and Adele’s streaming numbers don’t yet match those of her peers.

New music will undoubtedly boost those figures, however, even if Adele faces stiff competition from Sheeran, Swift, Abba and Coldplay, who will all release new material in the coming weeks.

Martin Talbot, chief executive of the Official Charts Company, described the pile-up as an “embarrassment of riches” that is almost unprecedented for the music retail sector – but he predicted Adele would emerge on top.

“It would be a brave man who predicted anything other than 30 being the biggest album of this Christmas,” he told the BBC.

“And, with certifications now also reflecting streams, as well as traditional physical and download sales, it is in with a strong chance of going platinum in its first week.”

Tags:
30
Adele
Comeback
Easy On Me