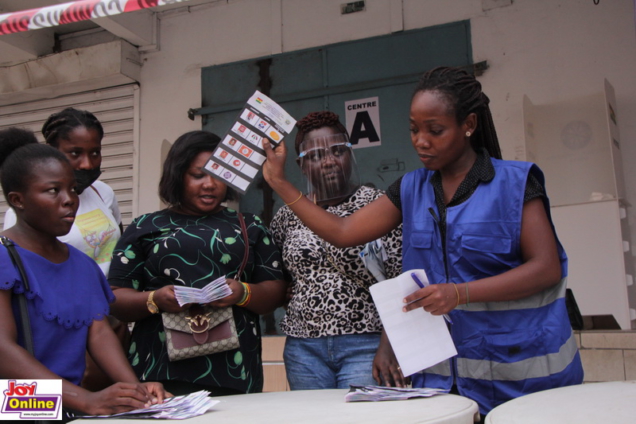 The Electoral Commission (EC) has revealed it is considering the decentralisation of election collation centres to the various electoral areas during the 2024 general elections.

According to the Deputy Chairman of the Commission, the move may form part of key reforms to improve the conduct of presidential and parliamentary elections in Ghana.

Dr Bossman Eric Asare believes the initiative if implemented will provide another layer for checks and balance as well as reduce the workload on the constituency and regional collation centres.

“So what that means is that when you are doing collation, the people from the different polling stations will converge. So when you don’t have a very big auditorium, what that means is that you are going to have a lot of people. The people from the polling station, when they come to the collation centre, they are coming with two ballot boxes; one for parliamentary one for presidential,” he said.

“And in instances where the registered voters there are many, you can have two ballot boxes for presidential and two for the parliamentary. So one of the things that has come up strongly at our level and we understand some of the parties are also talking about is whether we can have collation at the electoral area.”

During the 2020 polls, some of the constituency collation centres attracted huge gatherings which resulted in violence.

At the Techiman South Collation Centre, there was a chaotic scene that emerged as a result of misunderstanding among the leading two parties, the National Democratic Congress (NDC) and the New Patriotic Party (NPP).

The security agents at the scene fired warning shots to restore calm as supporters of both parties fought and destroyed ballot boxes containing results from some polling stations. The fracas led to the death of two persons at the collation centre.

But speaking to Emefa Apawu, host of The Probe on JoyNews, Deputy EC Chairman indicated that the tendency of chaos that was witnessed at some collation centres during the 2020 elections will be dealt with if the Commission rolls out the plan.

Dr Asare said that the idea has been floated and already some political parties have bought into the initiative.

He further indicated that the introduction of the regional collation centres which was introduced in 2020 general election bridged the disconnect between various constituencies and the national as well as provided an avenue for scrutinising collated results.

“The regional collation centres were useful and will be maintained. The regionals came in to reduce the disconnect between the constituencies and the national. So that you have somebody playing another significant role, providing another layer of check and balances. The electoral area will also provide another layer of checks and balances before the results get to the constituencies. So what that means is that we are increasing the accountability measures.”

“We want to ensure that there are several layers of accountability at the electoral area. In that way, our thinking is that we are not going to have many people converging and this is something that has just been floated and the Commission will look at that,” Deputy EC Chairman said.

Some political analysts and election observers have made similar calls for the collation structure to be modernised to prevent chaos during polls in the next general election.

DISCLAIMER: The Views, Comments, Opinions, Contributions and Statements made by Readers and Contributors on this platform do not necessarily represent the views or policy of Multimedia Group Limited.
Tags:
Collation Centres Decentralisation
Dr Bossman Asare
Election 2024
Election Collation