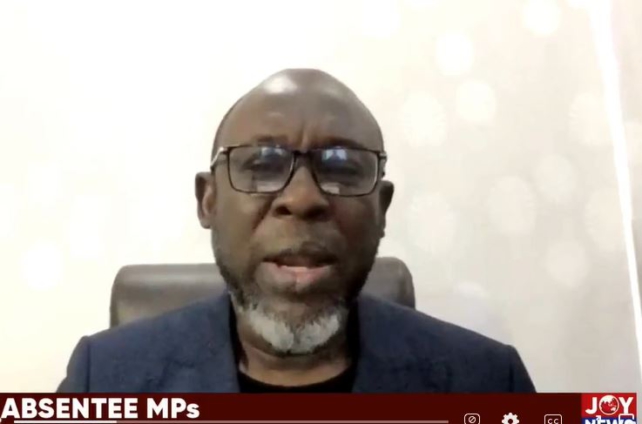 The Vice President of IMANI Africa, Kofi Bentil has said that the Electoral Commission (EC) should not allow some entities that consider themselves as political parties to take part in decision-making at IPAC.

The Inter-Party Advisory Committee (IPAC) is made up of all registered political parties in Ghana. The EC engages them with respect to electoral reforms and other related matters.

According to Mr. Bentil, the EC has over the years failed to clean up the list of registered political parties.

He asserted on JoyNews’ Newsfile on Saturday that, “the EC has constituted that whole scheme (IPAC) into something that they will use for their purpose”.

Mr. Bentil explained that he does not see the reason why entities which per the the Constitution should not exist are being allowed by the Electoral Commission to sit with political parties and make decisions.

He posited that some of the existing political parties have no place on IPAC.

“There can be no reason why a political party which by law should not exist should be allowed by the EC to sit in meetings with the NPP or the NDC and have the same vote as them”.

“Only political parties who have ever been in government, have representation in Parliament and have submitted their necessary papers including auditors accounts should be on IPAC”.

The IMANI Africa Vice President noted that the EC after having arguments from parties like the NPP and the NDC, etc, then allows these smaller parties to vote and disapprove the decision of the House.

“How do you allow them to be in IPAC after you have arguments from NDC, NPP, CPP, then you have these people vote and make nonsense of their participation and argument”.

Mr. Bentil further explained that the Electoral Commission has designed its own system which is unlawful.

“EC clearly has designed its own system which is unlawful, by which it allows certain entities which includes one-man parties parading as national political parties who don’t have offices anywhere.

“Even in Accra, we don’t know their offices, and they allow them to parade and have the same vote and make arguments. When you do that, you will have the credible participant in this process leave like NDC has left. I don’t see why we should again allow EC to continue to do so.

“It must obey the law, clean half the register to have meaningful dialogue among the political parties who essentially are the ones who run this country”, Mr. Bentil said.