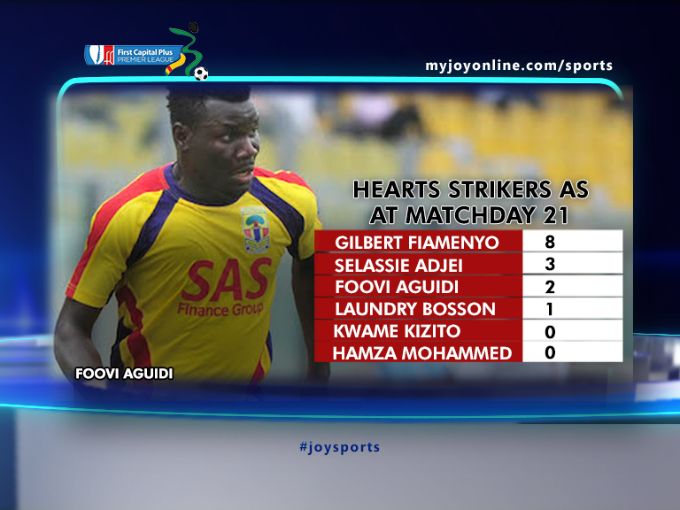 Caretaker coach of Hearts of Oak, Eddie Ansah is optimistic his side will not be relegated at the end of the ongoing season.

The unimpressive performance of the former premier league champions in the ongoing season continues as they lost 1-0 to Aduana Stars on Sunday.

The Phobians, who last week terminated the contract of their head coach and assistant coac have now gone 5 games without a win since their 1-0 win over Great Olympics on match day 17.

However, after Hearts of Oak fell in Dormaa, the Phobians have dropped to the relegation zone [14th position] with 26 points. But their stop gap coach, Eddie Ansah believes that the current position of his side is temporary.

“Hearts of Oak will not be relegated we will come out of it and place at a respectable position, we have eight more games to play and we will work through it. We have lost three points to Aduana and it has pushed us down but if we are able to win two games continues, it will push us up on the log sheet so in the eight games let see what happens,” Ansah said in a post match interview.

The former national shot stopper bemoaned the absence of the club’s captain, Robin Gnagne in the Aduana game and according to him his replacement was not up to the task.

“Robin Gnagne was suppose to start in the game [against Aduana] but due to some reasons he couldn’t play so we missed him a lot. His replacement that we put in he did his best but his best wasn’t enough. And per the performance of the team it is an improved one as compared to the last team that lost to Dwarfs in the midweek of the Elite Cup,” he added.

Hearts have been banned from playing at the Accra Sports Stadium for disciplinary issues and hence will host Heart of Lions on match day 23 at the Cape Coast stadium.