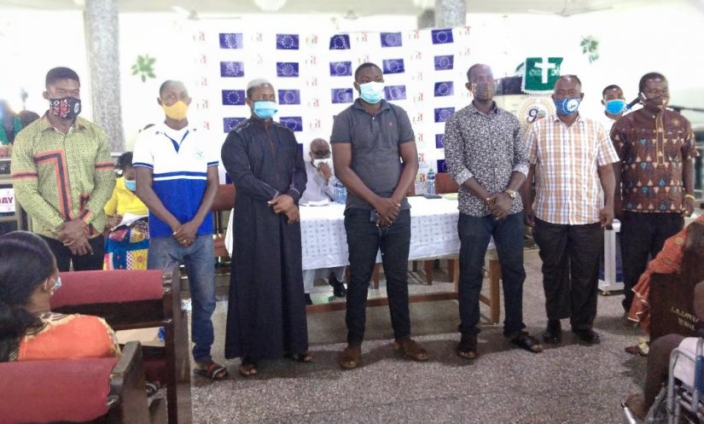 Some stakeholders in the education sector have expressed concern about the continuous decline in the performance of pupils and students at the basic and senior high school levels in the Ledzokuku Municipality.

They attributed this to parental neglect and the lack of importance parents and guardians placed on the education of their wards, as these children are usually seen either loitering about during contact hours or running errands for their parents.

Officials of the Ghana Education Service (GES), National Commission for Civic Education (NCCE), Ledzokuku Municipal Assembly, traditional authorities, persons with disabilities and identifiable youth groups are among the education stakeholders of the municipality.

They agreed among other causes that the irregularity of the children’s attendance to school was as a result of poor parental supervision, and this contributed to their poor performance in school.

This came to light during a Social Auditing Forum organized by the NCCE under its Accountability, Rule of Law and Anti-corruption Programme (ARAP) with sponsorship from the European Union.

ARAP is aimed at promoting good governance, community ownership of development projects and policies by reducing corruption and improving accountability and compliance of local government authorities.

Mr Victor Noye Tawiah, Municipal Director of Education, Ledzokuku Municipality, speaking to the Ghana News Agency (GNA) in an interview said, one of the major issues the education directorate was grappling with was parental irresponsibility which had mainly led to the poor performance of pupils in the municipality over the years.

“Some parents are unassertive and not wholly responsibility towards their children’s education which makes them feel relatively independent thereby resulting in indiscipline, and this further affects their punctuality and regularity at school, ”he said.

He mentioned inadequate infrastructure, high enrollment coupled with the shift system, inadequate teaching and learning materials and poor security on school compounds as some challenges and constraints hindering quality education in the municipality.

He said as part of measures to mitigate those challenges, the GES would through faith and community-based organisations, traditional authorities and the municipal assembly sensitize parents on the need to get their wards in school.

He further informed that the municipality had 78 public schools and an enrollment of 21,067 in kindergarten, primary, Junior and Senior High Schools, and Technical Vocational Education Training (TVET), with a teaching and non-teaching staff population of 781.

As education management body, Mr Noye Tawiah said the GES was playing its role in providing inclusive and equitable quality formal education to pupils and students in the municipality since education was the major tool for national development.

According to the Education Director, with the medium-to-long term solutions put in place with an even intensified supervision and monitoring in schools, the municipality envisioned a high pass rate in the coming years.

Inaugurating a seven-member Social Auditing Committee, comprising representatives from various stakeholder groups, he called on them to prioritise education, health and sanitation in their undertakings as emphasized during a needs assessment.

Mrs Confidence Logo, an Assistant Director, Ledzokuku Municipal Assembly, said attitudinal and behavioural change by the community and the collective effort of all stakeholders were needed to nib the phenomenon in the bud.

She said the assembly was unrelenting in its efforts to provide infrastructure and a safer environment to advance education at all levels.

DISCLAIMER: The Views, Comments, Opinions, Contributions and Statements made by Readers and Contributors on this platform do not necessarily represent the views or policy of Multimedia Group Limited.
Tags:
Ledzokuku