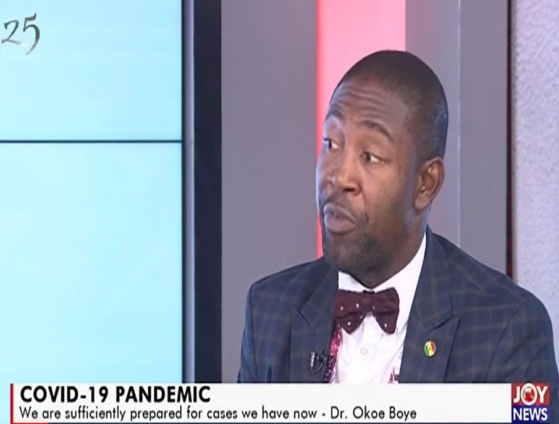 A group calling itself concerned NPP Members of Ledzokuku Constituency has vehemently kicked against what they say are attempts by the regional executives and the national executives of the New Patriotic Party (NPP) to impose the current MP, Dr Bernard Okoe Boye, on them to contest unopposed in the impending primaries.

At a news conference on Thursday at Teshie, a suburb of Accra and the centre of the constituency, the convener of the group, Sam Laryea, threatened that they will vote “skirt and blouse” (vote for a different party for legislature and another for the presidential race) during the December 2020 elections should the executives go ahead with their agenda to sidestep Mr. Nathaniel Ayettey an aspirant.

They describe Mr Ayettey as the only saviour to retain the seat for the NPP in Ledzorkuku.

“Dr Okoe Boye may have endeared the hearts of many NPP loyalists, especially the at ‘top’ due to his eloquence in political discourse and sublime display of knowledge on health issues, but on the political terrain called Ledzokuku, he has failed abysmally.

“The powers that be may not have known about his relationship with his constituents. But can they for once respectfully, patiently listen to the real people on the ground?” the Convener said at the presser.

According to Mr Laryea, who is the immediate past Research and Elections Officer for the party in the constituency, the MP has stepped on so many toes including demonstrating arrogance, speaking to the elderly in the constituency rudely, refusing to partake in local 6th March and local Farmer’s Day celebrations among others.

The Convener, who accused Dr. Okoe Boye of being at loggerheads with all opinion leaders in the constituency further stressed that the NPP’s hold on the parliamentary seat remains fragile hence the need for the party at the regional and national level to create a level playing field for all aspirants.

They have, therefore, vowed to cause the parliamentary defeat should the party allow Dr. Okoe Boye, the Deputy Minister for Health Designate to contest unopposed.

DISCLAIMER: The Views, Comments, Opinions, Contributions and Statements made by Readers and Contributors on this platform do not necessarily represent the views or policy of Multimedia Group Limited.
Tags:
Ledzokuku
Okoe Boye