Edwinology’s Lab: If the President can’t take feedback, he can learn from Wontumi 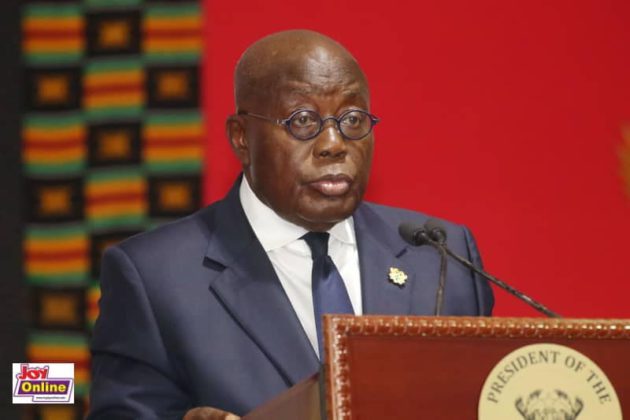 All that Joy FM did was to give the microphones to the public, particularly parents and headteachers to express their concerns and frustrations with Free SHS and the state of secondary school education.

That was all. It is a method of feedback radio stations are fond of using. So at a time of energy crisis under Mahama, the microphone is a ‘ventophone’ in the hands of the general public.

They can. They do. They did.

But that exactly is the problem we need to fix in our politics. When OccupyGhana organised the protest of July 2014, it was full of protestors who now occupy government.

Radio stations knew some of their prominent leaders had their political affiliations. And in the case of Ken Ofori-Atta, we knew protestors with borderline bloodline association with Akufo-Addo and the NPP.

But it did not matter. They were Ghanaians. E-Lab remembers doing a live update of the event on myjoyonline.com. And so, if we are now being invited to doubt the motives of callers into a Joy FM programme, oh my God, we would need a national registry of motive-doubting.

And the President would also have to question the motive, the political affiliation and the bloodline of his own cousin, Ken Ofori-Atta who has once personally expressed a different opinion on Free SHS as a policy.

Nobody who is somebody can be against free SHS. Nobody. That person would be standing on the wrong side of history. But after some five years of implementation, the praise-singing choir ought to tone down and if it’s not too much to ask, just sit down.

Feedback is feedback. And this emphasis is necessary because it may be lost on the President who may now understand feedback to mean feeding his assigns so they scratch his back.

Feedback can be angry, not well constructed, hastily delivered, unrefined even incoherent. Feedback is often as raw as ore. But we take it because in raw ore is the awe of gold.

If the President does not know how to take feedback, he may take mining lessons from Chairman Wontumi on how he finds gold in ore, whatever type of mining he is doing.

E-Lab has noticed a tendency of the government when it is faced with a difficult controversy or issue, simply sets its own question and marks, grinning from ear to ear.

In the 18th century, the word ‘gentleman’ meant a man with a house or a nice coat. Today it simply means, a man with a nice hair-cut.

And while the President would qualify in the Victorian definition, in our present understanding of the word, he wouldn’t cut it because of, well, his non-hair style. But E-Lab playfully digresses.

The point here is that the culture of silence is seen in the increasing rate of attacks on journalists under his watch, a fact the Media Foundation for West Africa (MFWA) has recorded. That culture includes the selective closure of radio stations, a fact which the MFWA has recorded. And this culture of silence is also the abrasive style of his supporters on social media, which in this case is a perception and not a fact. The President calls it spirited defense.

And on his position on spirited defence, I agree with the President. Entirely. I like a spirited defence too. Like when Bawumia described Mahama’s borrowing as akin to smart drunkards.

E-Lab never felt and still do not feel it was insulting. Maybe close. But it was not. I tried using spirited defences of my actions in my marriage. Let me exaggerate here and say, I nearly lost my wife. Sometimes, you can win the argument and lose the person. And so spirited defence goes to hell when I step home. Marriage is more important than Aristotle’s logic.

Governance is finesse something we can all see in Bediatuo’s dress. Opposition is a rushing, abrasive spirited river. Government is a still, deep and powerful lake.

But maybe this comparison to marriage, and water bodies are an over-simplification of the rarified and incomprehensively complex field of politics so Mr. President, you decide.

The only part of the culture of silence, E-lab does not really agree with is in its nomenclature. My friend at MFWA, Kwaku Asante pointed out that what we are experiencing may best be described as a neo-culture of silence.  And when the President begged for debt forgiveness in France using his helpful multilingual skills, it bore all the marks of repackaged colonialism called neo-colonialism.

Of course, I can understand the President when he does refer to his record as a human or political rights activist and therefore tolerates free media. But in 2020, Ghana recorded her weakest performance since the inception of the World Press Freedom Index in 2013, with a score of 22.26 in 2020. And when you look at this, then the President’s solo begins to sound like a clanging cymbal.

Aung San Suu Kyi was, for a long time, a political celebrity, Nobel peace prize winner, and recipient of Amnesty International’s highest award for human right for “her opposition to oppression and military rule in Burma. She lost it in one year, after she finally became Myanmar’s leader.

As Christians, we hesitate to glory in our triumph over temptations of yesterday. We face today as that fast antelope yesterday faces a new lion today. We are tired of the President’s past. We worry about his present. We long for a better future for media work.

The President’s call on us to become citizens and not spectators is meaningless unless he can call on himself to be more of a statesman for the many and less of a politician for the few.

The writer can be reached via email: edwinology1213@gmail.com