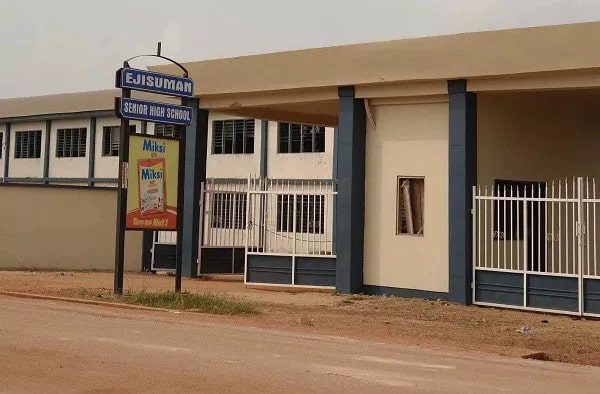 Teachers at the Ejisuman Senior High School in the Ashanti Region are protesting over the sale of school lands by traditional leaders in the area.

According to the angry teachers, the action by the traditional leaders is affecting academic activities as they are unable to embark on infrastructural expansion projects.

Assistant Headmaster of the School, Paul Mensah, fears that the school may eventually be closed down if authorities fail to act.

He has told the media that a petition has been sent to the relevant authorities to intervene.

“We are demonstrating to register our displeasure over what is going on. The traditional leaders are selling our lands to private developers. As it stands now, the teachers are being evicted from their bungalow because that land has been sold. We have submitted our petition to the Municipal Education Director. A copy of that petition has also been sent to the Municipal Chief Executive,” he said on Accra-based Peace FM.

Mr. Paul Mensah added that staff of the school will decide on their next line of action if they do not get a positive response from authorities.

“We have duly submitted the petition. If after a while, we do not get any positive response from them, then we will decide on our next line of action. What we have done is just our first action,”