Election Petition: Mahama exercised his right to be heard, Akufo-Addo is exercising his right not to speak – Nana Adjoa Adobea 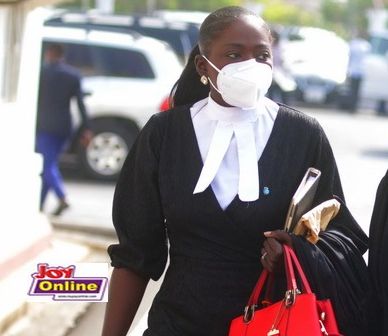 The Spokesperson of President Akufo-Addo says that it is within the right of their client to remain silent in the ongoing election petition case.

This follows a decision by the counsels for the 1st and 2nd Respondents not to call forth any witnesses to adduce evidence in the matter before the apex court.

Yesterday, the counsels for the two respondents cited Order 38, rule 3 (e) sub-rule 1 and 5 of CI 47 as amended by CI 87 as the basis for their decision to close their case and not call a witness.

JoyNews/AdomNews · Mahama exercised his right to be heard, Akufo-Addo is exercising his right not to speak – Nana Adjoa

Defending the position further after Tuesday’s proceedings, Nana Adjoa Adobea Asante indicated that just as the petitioner, John Mahama has the right to be heard, President Akufo-Addo has the right not to speak.

In her view, Mr Mahama and his lawyers should be pleased by this decision of the 1st and 2nd respondents, because it works in their favour assuming they actually have made a strong case in court.

“It is a tried principle of law that there is a right to be heard, but inherent is the right not to speak. The petitioner exercised his right to be heard, and they spoke. But we have decided as the second respondent not to exercise this right.

“And in actual fact, a petitioner who has full confidence in his case should be happy. Probably, popping some champagne or drinking some tea because we have decided not to adduce any evidence,” she said.

Madam Asante, therefore, questioned why the legal counsel for the petitioner are unhappy about this decision taken by 1st and 2nd respondents.

In her view, course of action by the legal representatives of the Electoral Commission and President Akufo-Addo “is the master stroke and has disturbed the camp of the petitioner”

“It is, therefore curious that the petitioner on whom the burden of proof lies wants the Electoral Commissioner to mount the witness box, in order for him to use the EC to prove its case. This is not heard of.”

“We are in the bosom of the Court and we hope that on Thursday the Court will adjudge in our favour,” she stated.

Meanwhile, the counsel for the petitioner have argued that witnesses of the 1st and 2nd respondents, particularly, the EC Chairperson, Jean Mensa, are obliged to take the witness box.

According to them, EC must be accountable to clarify the anomalies that have been highlighted by the petitioner.

DISCLAIMER: The Views, Comments, Opinions, Contributions and Statements made by Readers and Contributors on this platform do not necessarily represent the views or policy of Multimedia Group Limited.
Tags:
Election Petition 2020
John Mahama
President Akufo-Addo