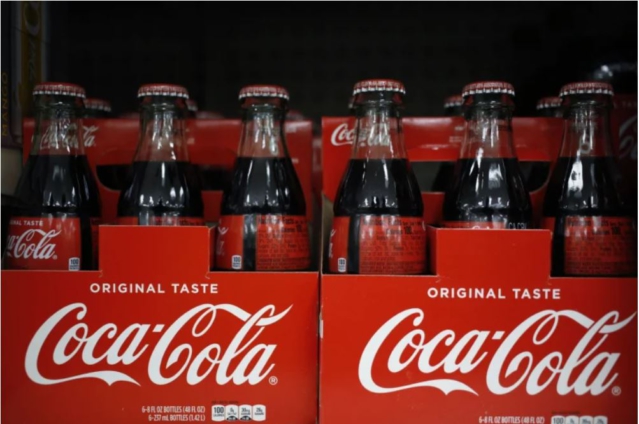 Bottles of Coca-Cola Co. soft drinks are displayed for sale at a store in Louisville, [Image source: Bloomberg Finance LP]

Emboldened by his successful $44 billion bid to buy Twitter Inc., Elon Musk took to the platform to joke about a new potential takeover target — but even the world’s richest man may find this one a bit too pricey.

“Next I’m buying Coca-Cola to put the cocaine back in,” he tweeted, referring to the drink’s original recipe when it was launched in 1886 as a tonic for various ailments.

Musk’s own fortune currently stands at $253 billion — way ahead of his nearest rival Jeff Bezos, who’s currently worth $162 billion.

Still, it could be best not to write off the man who created the world’s biggest electric car company and is potentially on his way to putting people on Mars. He first joked about buying Twitter in 2017 in an exchange on the platform with comedian Dave Smith. And look where we are now.

This exchange continues to haunt me pic.twitter.com/W06oSqx0MR