Elvis Kwashie’s death takes the joy out of JoyNews 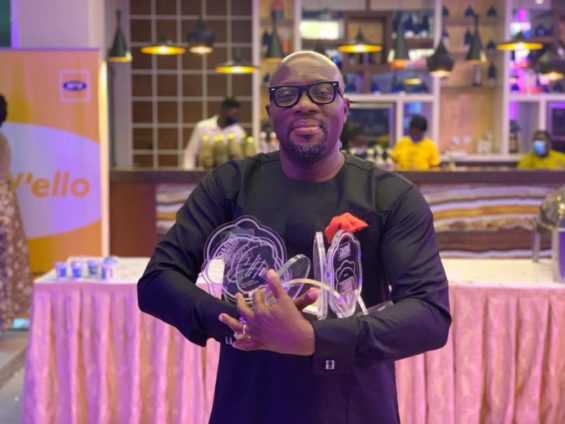 The room was dark. It had been kept dark. The frame of a stout man stood behind the door outside, flanked by two others who opened the door and let Elvis Kwashie in.

The room burst into life and lights. Editors, producers, reporters, and technical crew were hailing the man at a surprise party to recognise the General Manager of the Joy Cluster, a legend in Joy corridors.

Elvis Kwashie, bespectacled, nose masked, muffled his reaction and he stood as shy as an intern, quite unsure at what the manual on how to celebrate at your party recommends as the standard reaction.

“We want to celebrate you while you are still alive,” Chief Human Resource Officer, Nana Mbroh Elegba drummed home the point of the party, the foreboding and ominous import of his words unbeknown to him – and everyone.

There is mourning and grief in journalism over the passing of a media practitioner who was hardly seen and rarely heard but was practically responsible to everything seen or heard on JoyNews.

He is credited with the recruitment of an estimated 90% of the current staff strength at the Joy Cluster and the supply of vetted talent to several recognised media houses where his former reporters continue to influence journalism.

“When Elvis joined MGL as editor, I had finished my national service in the JoyNewsroom. As a man with an eye for talent, Elvis immediately identified me and put me on one of the most important pillars of the newsroom – documentaries,” Fiifi Koomson, JoyNews editor said.

Hotline, the documentary hub of JoyNews has since won 100 awards and on those several special nights of recognition, Elvis Kwashie, was often nowhere to be found. A workaholic who felt the stage was for gloryholics.

“One of the reasons why people like me have stayed for this long is because of Elvis,” head of political desk and presenter. Evans Mensah put a brotherly hand on Mr Kwashie’s shoulder at that surprise party.

It was not easy for him. But he had been prepared for this. Elvis began his Multimedia career in a Matilda Asante-led newsroom that often rained fire and brimstone. Typical of a JoyNewsroom it often got heady with strong opinions and wild directions. Scream your point or get out-screamed.

But Elvis had the cool and balanced temperament that marked him out for leadership in a newsroom jungle. JoyNews editor, Araba Koomson who joined MGL at the same time as Elvis knows all about the aggression in the team. “We fought a lot. We disagreed a lot. But we also laughed a lot,” she wrote in a tribute on her Facebook wall.

Elvis Kwashie rose to become Joy FM editor and with steady success, myjoyonline would be thrown in. Elvis’ broad shoulders were metaphoric indicators that he could handle more. And so TV was thrown in. He was now managing editor with a new task to converge three Joy brands into one ecosystem called JoyNews.

Self-confident enough not to be intimidated by talent, emotionally intelligent enough to get egos to go away, Elvis Kwashie managed people, problems and promises well enough to get the job of journalism done in a way that was fearless and credible.

One of his favourite phrases was “we will fix it”, JoySports presenter Gary Al-Smith said on the network as colleagues remembered their leader.

“He knew how to bring his team together to deliver. And in the most difficult of times, Elvis Kwashie knew how to plan, organise, direct and control issues,” Fiifi Koomson eulogised.

And while little is heard of him on the company’s platforms, it suited Elvis’ personality summed in the words of US President Harry Truman’s 1988 quote ‘It is amazing what you can accomplish if you do not care who gets the credit.’

And he loved to talk about passion and prayer. “You managed to mix faith [and] force,” Araba Koomson continued.

By force, there had to be a party to honour Elvis, a JoyNews producer, Esinam Osei, and JoyNews documentary specialist, Seth Kwame Boateng, the brains behind the surprise party schemed.

And at the December 23, 2020, surprise party, as the newsroom rebounded from the impact of the Covid-19 pandemic, Elvis would deliver a brief speech that showed he had not been briefed about what 2021 tragically had in store.

No one died. But the man who kept the watch in prayer, is no more.

At the University of Ghana Medical Center, inside the Intensive Care Unit, Elvis departed the world to a place where it would be the turn of angels not journalists, to scream – ‘surprise!!!!!!’

DISCLAIMER: The Views, Comments, Opinions, Contributions and Statements made by Readers and Contributors on this platform do not necessarily represent the views or policy of Multimedia Group Limited.
Tags:
Elvis Kwashie
JoyNews