Emmanuel Ntow Nyarko: The Beginning of your journey with your special needs child 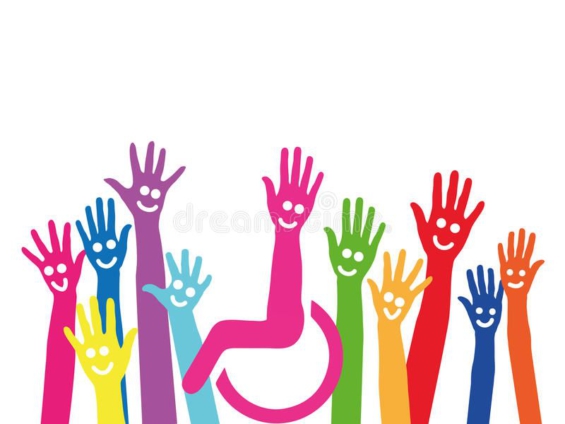 “Parenthood is about raising and celebrating the child you have, not the child you thought you’d have. It’s about understanding your child is exactly the person they are supposed to be.

And, if you’re lucky, they might be the teacher who turns you into the person you’re supposed to be”. The Water Giver.

The joy of welcoming your newborn baby can be one of the most exciting moments for every parent. The dream of seeing your child grow and the expectation of what your child could become in the future, inspire parents to make a great sacrifice for their children.

Now, being told that your child has a disability can be very traumatizing, almost comparable to being informed of the sudden death of a dear family member. Many parents are stunned by such news. Receiving such a message can produce overwhelming emotions of shock, disbelief, anxiety, fear, and despair. Within that moment, research has shown that parents cannot distinguish between the unconscious wish for an idealized normally developing adorable child from the unthinkable, sudden reality of one who is not. Especially when it’s a child with autism, without any clear special physical features as in the case of other forms of disability such as blindness or physical impairment.

In most cases, about a third of parents notice the problem before the child’s second birthday. Research findings show that the manner in which a diagnosis is explained to parents can have a profound and prolonged effect on the parent’s attitudes toward their child and professionals.

For some parents, just trying to comprehend the disparity between their desires for their child and the disability that exists compounds their emotional and intellectual efforts to adjust to the situation. They may feel grief, depression, or shame. Obviously, some parents may also ask the big question “why me?’ and conclude that they are being punished for a sin committed by their family or because of some wrong they may have done in the past.

Depending on the severity of the disability and the magnitude of the demands it places on them, a few parents may contemplate death as the best option for the child or themselves. These thoughts represent an all-encompassing need to relieve severe stress and achieve inner peace.

Yes, it’s ok for every parent to feel disappointed, frustrated, upset, depressed, confused, and brokenhearted. Indeed, after blaming yourself and everybody and also trying to find the ‘why’ it happened to you, you have no choice and also learn to love your child unconditionally and shift the gear to the next level. Even, on the midst of the unknown, seek relevant information that will propel you to find the best intervention and support program for your child.

In the midst of confusion

All professionals and related disciplines appreciate the stages which parents go through when coping with the fact that their children have a disability. These same professionals are available to help guide parents through these stages of adjustment toward reasonable acceptance of their child’s condition and fate. I term this phase a grieving phase. After the grieving phase, there are other phases parents go through before they arrive at acceptance and begin to seek some intervention.

Acceptance, stigmatization, and the next step

After parents have come to the final stop of the reality of what the future holds for them and their children, they begin to consider all other support options available to them. This is the most important concern for parents, even though sometimes confused about which one of the numerous interventions best fit for the child.

While parents are struggling to adjust to the new pathways, other complicated, unanticipated setbacks occur such as being socially rejected by friends, strangers, and most painfully family members. Stigmatization is real.

Certainly, you cannot blame these people for lack of knowledge on these matters. Coupled with this are intense cultural and traditional misconceptions about children with special needs. Such repeated negative hostility goes a long way towards aggravating the difficult process of maintaining the highest stage of adjustment. These unfortunate occurrences take away a lot of energy from the parents and caregivers and retrogressive mood may lead them into states of anger, frustration and other forms of behaviors.

At this stage, most parents will need enormous education and assistance from various professionals who would help to achieve a balance between their hope and reality. Professionals include: psychologists, special education needs teachers, counselors, therapists, and most importantly parent-support groups. For instance, there is no need to speculate about what a 5-year-old child will be able to accomplish by the time he turns 20 as much can change during the period.

As much as parents want the support of professionals, they should be truthful as a prerequisite to being recognized as trustworthy persons with credibility so they can continue to be an outlet in times of difficulty.

With time, the good majority of parents will come to appreciate the reality and the implications regarding their child’s achievement as the various developments are reached. This, especially, is true if parents believe that educators and therapists put the child’s needs foremost in designing appropriate educational and related services.

Not every parent may experience these stages of grief, suffering, acceptance, and closure. However, as professionals, we need to be prepared to help parents work through these stages so they can make informed decisions and sustain whatever the next steps look like for them and their children.

These aspects of grief are all normal phenomena that every parent goes through, however, each parent has a different threshold of how long he/she would go through these stages until arriving at a stability period where they can begin to take action.

The battle of the causes of the needs, the spiritual connections, why a particular parent has to be the one to carry such a burden, and other factors including education and information available to parents, usually would determine the duration at which parents begin to look at the next steps.

When parents and caregivers have enough education and information and understand the issues better, they are empowered to now challenge the entrenched narratives around the child.

For many parents, apart from professional advice, parent-support groups have been one biggest source of information and hope.

You begin to realize that you are not alone. Today, social media has provided the platform for parents to showcase their journey; their children’s progress, and talents, potentially bringing a lot of hope to many who for some reason have neglected their children.

The language of desperation and hopelessness now begins to change to optimism and confidence about their children’s future. Right interventions and support take the center stage because parents begin to weigh all the options available to be considered.

However, there is no quick fix to intervention, no matter the kind of therapy program parents want to engage the child in. Managing expectations and being part of the entire intervention process will always help the parent to appreciate the challenges and the effort the child is making. Seeing every little progress eventually makes it easier to also identify the biggest stride the child makes.

The term ‘early intervention” is used to describe the support services available to babies and young children with developmental delays and disabilities. Where to go, what to do, how to begin, and the kind of information the parent needs to help them make the best decision becomes a daunting task. Especially, in this part of the world where information and data are scattered all over the place.

Research shows that early diagnosis and interventions for children with special needs are more likely to have major long-term positive effects on symptoms and later skills.Autism spectrum disorder (ASD) can sometimes be diagnosed in children before they are 2 years of age. Some children with ASD whose development seems typical up to that point begin to regress just before or sometime during age 2 years.

Early intervention has always been the best option. It occurs at or before preschool age and as early as 2 or 3 years of age. At this stage, the toddler’s brain is still in its formative mode, meaning it is ‘malleable’ or changeable at this age than at older ages. Because of its ‘malleability’, the child stands a better chance of making a lot of progress. Common knowledge says parents who receive their diagnosis should “RUN AND NOT WALK”. Early intervention really improves the long-term outcome for children with special needs. It does not only give children the best start possible, but also the chance of developing their full potential. The sooner the intervention, the greater chance for learning and progress.

Research by the Early Start Denver Model (ESDM) shows that about 14% of children who undergo intensive two years of 40 hours a week will improve positively.

It just makes sense to provide early intervention for children with autism because toddlers and preschoolers have no obligation. They can devote the entire day to therapy. Using a play-based approach and other required interventions around that age is a sure way to teach the child so many things including social skills, communication, coordination, gross and fine motor skills, behavior management, etc. In any case, toddlers can play the whole day.

Comparatively, a toddler has entrenched habits then a 6-year-old child. It is relatively easy to stop a negative habit before it becomes intractable.

Helping children with autism learn socially acceptable behavior and address other characteristics of autism is a great idea whether a child has autism or not. Furthermore, there is no financial risk, especially when there is massive family support. Everyone in the family becomes a team member and therapist of a sort. Family support is so crucial and I have personally seen how a number of children progressed because of the tremendous support received from the entire family, reducing so much burden on the young couples.

For some reason, if the child is wrongly diagnosed with autism, the intervention may be beneficial and is fun, play-based, risk-free, although finances may be an issue. Potentially, there is no medication involved and no side effects using physical play therapy. Depending on each child’s condition, profile, abilities and challenges, the child will habe his/her own measurable progress.

“Once you choose hope, everything is possible”. by Christopher Reeve.

About author; Emmanuel Ntow Nyarko is with Enny Foundation. You can reach him via email, ennyfoundation@gmail.com.