England friendly match with France ‘to go ahead’ as planned 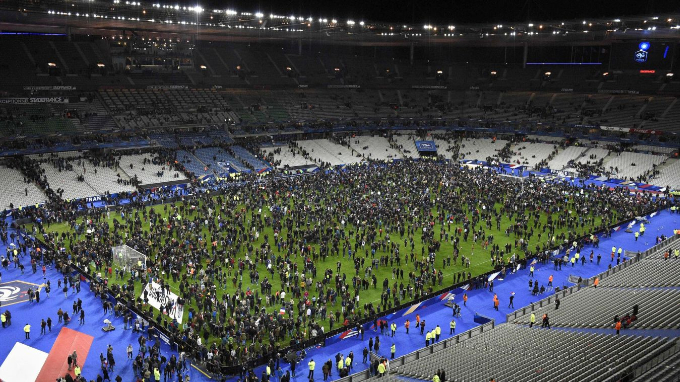 England's international friendly with France at Wembley on Tuesday will go ahead as planned after the horrific attacks in Paris on Friday evening, the French Football Federation has confirmed.

The FA has reportedly held talks with its French counterparts on Saturday to see whether Tuesday's friendly at Wembley should go ahead following the terrorist attacks in Paris. News agency Reuters has quoted a French Football Federation spokesperson confirming the game will be played with an 8pm kick-off in London.

"As we speak the game is on, yes," a spokesman for the FFF told Reuters by telephone. A statement on the FFF website subsequently read: "As president Noel Le Graet confirmed on Saturday morning, the England vs France match scheduled for Tuesday November 17 (8pm kick-off) will take place at Wembley."

France declared a national state of emergency and closed its borders on Friday night after at least 100 people were killed in multiple attacks in the country's capital.

At least six attacks have been reported across Paris, including two suicide attacks and a bombing near the Stade de France, where Les Bleus were playing Germany. [

''It is a very serious and tragic matter," an FA spokesman said following England's 2-0 defeat to Spain in Alicante on Friday. ''The FA sends its deep condolences to the victims of this tragic event but to say anything else would be inappropriate.''