EOCO seeks collaboration with security agencies to clamp down on cybercrime - MyJoyOnline.com

EOCO seeks collaboration with security agencies to clamp down on cybercrime 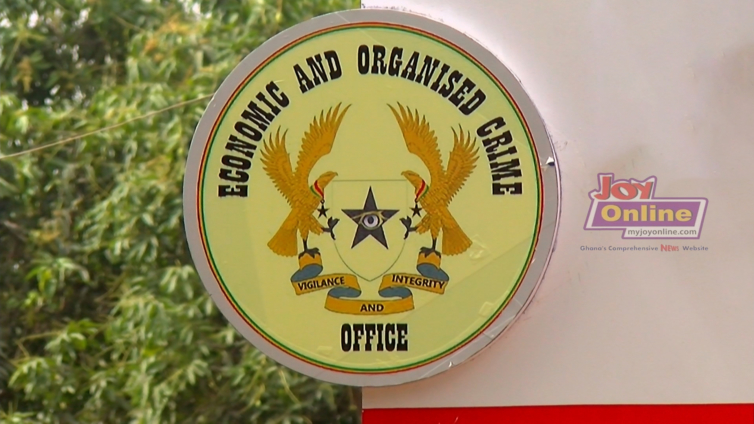 To deal with rising cases of cybercrime, the Executive Director of the Economic and Organized Crime Office (EOCO) is advocating for collaboration amongst security agencies.

COP Maame Yaa Tiwaa Addo-Danquah says such collaborations would help protect the public from falling victims to the nefarious activities of criminals and also sanitize the cyberspace of criminals.

Her remarks follows warnings from EOCO that CHY, a Chinese firm, Royal Gardens Network and Hubtel Mobile Money Lending are running a ponzi scheme since they lack the necessary licenses to run their existing business.

The Economic and Organized Crime Office warns of the emergence of online scammers taking undue advantage of the unsuspecting public in the guise of doing business with them.

According to Maame Tiwaa Addo-Danquah, EOCO has in recent times observed a rise in cybercrime, and has been working with telecom companies to identify and crack down on those behind the practice.

“If we don’t stop it now, it will get to a point where  people would have lost money, and you will understand what it means to us: people are crying ; some of them are committing suicide because they had invested so much and they have lost the monies and now it becomes an issue not only for police and sometimes it is for the government too because when they enter and things don’t go well, they come back to the government and they say government should  pay the money.”

She said putting an end to the practice will require collaboration between the National Investigations Bureau, Police, EOCO and other security agencies.

“We shouldn’t allow it to happen at all.   That is why we should work hard; any information that we get, we shouldn’t take it for granted. We should work on them and together; EOCO here, BNI here, National Security here; police here – everybody on the ground.”

COP Maame Tiwaah-Danquah was speaking during a working visit to the Ashanti region.

She has been meeting heads of NIB, Police and the Attorney-General’s Department in the region.

The meeting, which seeks to foster collaboration between the agencies, is to promote law and order.

She has also been meeting staff of the various offices after inspecting office complex under construction.

EOCO says it is working to clamp down on online scams but has cautioned the public against the re-emergence of ponzi schemes.

“We checked and realized that these organizations are not registered by BOG (Bank of Ghana). They are not registered by Security and Exchange Commission (SEC) and even not by the Registrar General. It’s just some people who have devised those means to take money from people and majority of people are vulnerable”.

“We are still working around the clock; with the telcos because they are using mobile devices and telephone numbers so we are working with them to find out who are those behind the online scams and at the end of the day, the law will take its course.”

Meanwhile, the security agencies and the A-G’s office in the Ashanti Region have pledged their support to EOCO.

“We are going to offer her the necessary support for her to be successful,” he added.

Chief State Attorney for Ashanti region, Ernest Ayeh added, “definitely when you bring the work, we will work. It’s going to be on a daily basis”.