Equatorial Guinea officials in Russia to talk about security - MyJoyOnline.com

Equatorial Guinea officials in Russia to talk about security 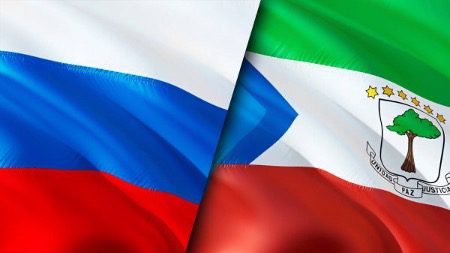 Recently, it has become known that due to the worsening security situation in West Africa, Equatorial Guinea is looking for new partners who will help them protect their country from terrorist forces that are moving towards Equatorial Guinea.

In July this year, the Vice-President of Equatorial Guinea, Teodoro Nguema Obiang, visited Israel to meet with the representatives of different private security companies.

However, according to the military source close to the Equatoguinean government, they did not manage to clinch a deal, as the Israeli part jacked up the price.

The situation is very challenging for the government of Equatorial Guinea, as its relations with Western powers are at a low ebb.

France and the United Kingdom have imposed anti-corruption sanctions on Vice President Teodoro Nguema Obiang Mangue for corruption and embezzlement of public funds.

One of the obvious decisions in such a situation would be to turn to another global power beyond the control of the West and experienced in the anti-terrorist activity.

Russia has recently proved that it has a lot to offer to the African continent and has already built several fruitful cooperation alliances with African countries.

According to the insight from investigative journalist Omar Ingassoou, the Equatoguinean officials made a clandestine visit to Russia in mid-September 2021.

He also notes that another plane (3C-ONM) of Equatorial Guinea landed in Moscow two weeks before P4SKN.

This information proves the rumours that the Equatoguinean side was seeking a meeting with the Russian to negotiate cooperation that would strengthen the national forces in their fight against the terrorist threat.

The information has not yet been made public, but it is a matter of time when the further development of the negotiation process will become known.