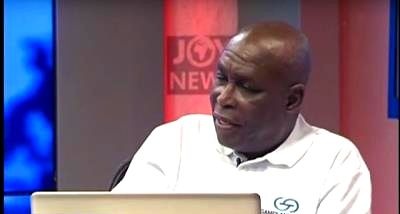 Labour expert and CEO of Gamey and Gamey Group, a labour consultancy firm has criticised government’s defence of issuing accrued leave to the Auditor General (A-G), Daniel Domelevo, based on precedence.

According to Austin Gamey, leave is not intended to be accumulated because failing to take a compulsory should amount totally forfeiting it.

“I don’t know why political office holders want to assume the role of HR people. It is wrong.”

“Error means error period. Error carried over into today means error. What is it about quoting some law or judgment. If it’s wrong it’s wrong,” he said on Joy FM’s Super Morning Show on Monday.

Director of Communications at the Jubilee House in a statement said Mr Domelevo is expected to begin the leave on Wednesday July 1, 2020.

However, this leave was extended to 167 days in the wake of concerns raised by the A-G over the directive was because his work, according to him, is embarrassing the government.

Austin stated that the essence of going on a leave is to give the employee a chance to rejuvenate.

However, if is accrued for such a large number of days, it implies that the services of the individual is no longer required.

“We are simply not managing the leave matter very well. The HR prepares the leave roster by November-December and before the year ends, that becomes the master leave roster to be religiously applied through the office of the Human Resource Management,” he told host, Kojo Yankson.

Meanwhile, the acting Johnson Akuamoah Asiedu has taken over the duties of Mr Domelevo in his absence.