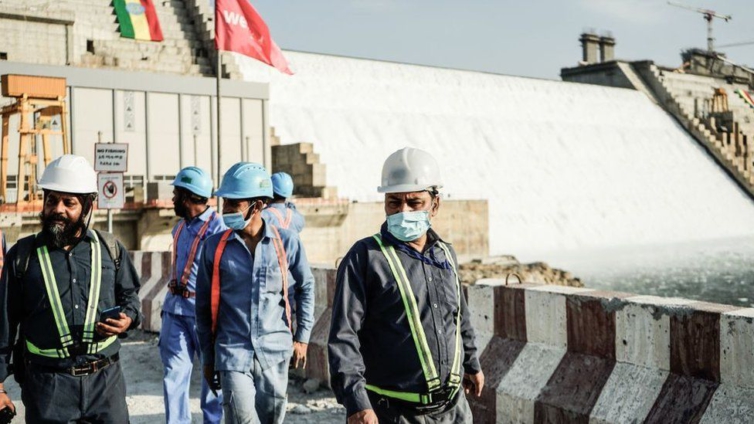 A controversial Ethiopian dam on the Blue Nile river began generating electricity for the first time on Sunday, according to state TV.

The $4.2bn (£3.8bn) dam, located in the western Benishangul-Gumuz region, has been a source of contention between Ethiopia, Egypt and Sudan since its construction started in 2011.

Sudan and Egypt fear the project could reduce their share of Nile waters.

Ethiopia insists the dam is key to its development.

The Gerd is expected to generate over 5,000 megawatts of electricity, doubling the nation’s electricity output when it is fully completed.

It is currently 83.9% complete, the state-owned ETV News channel said on Sunday.

The Ethiopian government insists it will transform the national economy, which has been severely damaged by drought and war, when it is fully operational.

A spokesman for Prime Minister Abiy Ahmed’s office called it a “monumental day for Ethiopia”.

But the dam’s construction has led to discord with Egypt and Sudan.

Ethiopia has been diverting Nile water to fill a vast reservoir behind the dam.

Egypt, which lies downstream and depends almost completely on the Nile for its irrigation and drinking water, is worried this will affect the levels of water flowing into the country.

It therefore wants a guarantee of a certain of volume of water coming into Egypt.

But Ethiopia is reluctant to be tied to a certain figure of how much water to release as its priority is to make sure there is enough water to operate Africa’s largest hydroelectric plant.

Sudan is also worried about how the dam will affect its water levels.

Last year, Sudan was taken by surprise when Ethiopia decided to shut three of the four diversion outlets for the water.

This led to lower levels of water going downstream which disrupted Sudan’s pumping stations for irrigation and municipal water supply.

Both countries have been vying for a deal with Ethiopia over the filling and operation of the damn, but negotiations have failed to make headway.