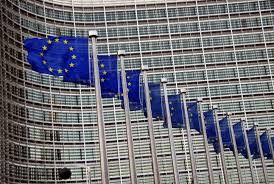 The European Union has commended Ghana for its efforts in implementing the International Country Risk Guide (ICGR) in record time.

According to President of the European Council, Charles Michel, “the reforms embarked on, as well as the sustainable, robust systems deployed” had urged the EU to take Ghana off the list of countries deficient in Anti-Money Laundering and Terrorism Financing.

The Commission’s decision comes after a two-day working visit by President Akufo-Addo to Brussels, Belgium from May 19 to 20 where the President engaged in talks with the President of the European Council on Ghana’s status on the Financial Action Task Force (FATF) list, among others.

A press statement signed by the Acting Director of Communications at the Office of the President, Eugene Arhin, May 21, revealed that Ghana is expected to be officially taken off the list in June this year.

“It is expected that the Financial Action Task Force (FATF), the global money laundering and terrorist financing watchdog, will, in June 2021, announce that Ghana has been taken off its list of high risk, third-world countries with strategic deficiencies in Anti-Money Laundering and Countering of Terrorism Financing.”

The European Union (EU) in May 2020 placed Ghana on the list of countries that is seen as posing significant threat to the financial system of the Union after it failed to meet some requirements earlier in 2020.

There were reports that EU has placed restrictions and/or bans on certain government or private transactions with the Union as one of the consequences that comes with being on the list.

It will be recalled that in October of 2020, Ghana’s Embassy in Belgium was ordered by its banker to withdraw all its money so that the bank will proceed to close the embassy’s accounts.

Though the ING Bank did not give any reason for the decision to close the embassy’s account, it was suspected to be as a result of Ghana being blacklisted by the EU for being deficient in Anti-Money Laundering and Terrorism Financing.

DISCLAIMER: The Views, Comments, Opinions, Contributions and Statements made by Readers and Contributors on this platform do not necessarily represent the views or policy of Multimedia Group Limited.
Tags:
Anti Money Laundering and Terrorism Financing
European Council
European Union
Financial Action Task Force