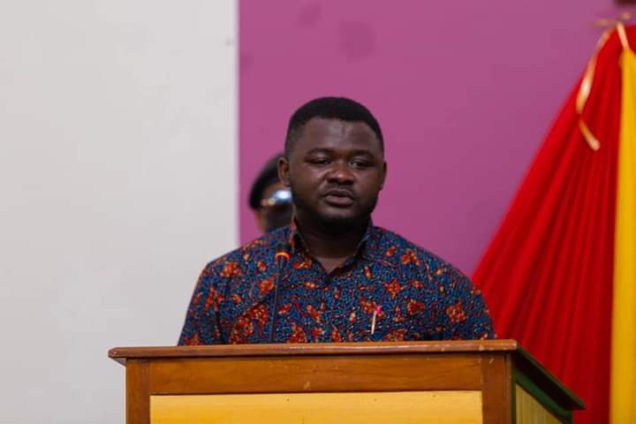 The National Union of Ghana Students (NUGS) has called on government to consider the immediate evacuation of Ghanaian students from the Ukraine-Russia region, following reports of tensions and violent clashes.

In a statement jointly issued by the Union’s Secretary for International Relations, Pius Theophilus Baidoo; the Secretary, Julius Kwame Anthony and the NUGS President, Emmanuel Yiadom Boakye, the Union stated that the call for the evacuation is to safeguard the Ghanaian students from any impending danger.

“In recognition of the geopolitical turmoil in the Ukraine-Russia region, the National Union of Ghanaian Students by this communiqué calls on the Government of Ghana to accelerate efforts in ensuring the safety of all Ghanaian students studying within the region.

As conflict escalates within the region, governments of countries across the world are prioritizing the evacuation of their citizens from the area, to forestall harm to their citizens. Currently, a number of students have fled the region, showing growing insecurity and fear among our students.

Some of those students including Chapter Executives of NUGS in Ukraine have touched down and made contact with the National Secretariat of NUGS, advising that urgent steps be taken to ensure the safety of their colleagues still in the region. As the mother body of Ghanaian students, the safety of our students remains our paramount concern, hence our advocacy for this line of action”, portions of the statement read.

In proposing a way forward, NUGS suggested that students who are evacuated from the regions could be allowed to get some relief in the Western provinces of Ukraine.

“We believe that the model used for the evacuation of students from China at the peak of the COVID-19 pandemic could be adopted in this instance as well. We are thus asking for the evacuation of students from the Eastern Provinces of Ukraine which is the present nucleus of the conflict, and out of Russia as the country may pose an overall hostile environment to our students.

Students may be temporarily resettled in the Western provinces of Ukraine which remain calm at present, or most preferably, out of the country altogether and back home till a resolution is reached on this crisis”, NUGS added.

Speaking in an exclusive interview with MyJoyOnline.com, the Union’s chief scribe, Julius Kwame Anthony disclosed that some students have already returned to Ghana to ensure their safety.

But according to him, there are others who may not be able to transport themselves back home, hence the need for government to swiftly intervene.

“So the situation is that, the Ghanaian embassy that is closet to Ukraine for example is in Switzerland. That’s where the embassy is. That’s where our students correspond when it comes to their stay in Ukraine; which makes the situation more dire for those in Ukraine especially, and why government must act very quickly, especially those students who might find themselves in the Eastern province.

Because as of now, the Russians have entered the Eastern province on a supposed peace keeping mission in that area, declaring those areas independent states.

So in the interim, it will be best if our embassy in Switzerland, acts quickly to move those in the Eastern province, either for temporary safety in the Western provinces, and subsequently to evacuate them into Ghana,” he said.

Again, Mr. Anthony added that, “As I speak to you, some of the students who have the means of coming to Ghana are already here; particularly the NUGS Ukraine General Secretary is back in Ghana and we had conversations with him on the matter extensively.

The Secretary for Integration (which is more like the International Relations) is also back in Ghana. The question is, how about those students who don’t have the means of immediately leaving the place themselves. Government must urgently act and get them out, the same way government did during COVID and evacuated people from China. Myself, I was a beneficiary of that evacuation. So that is why NUGS is making this call.” .