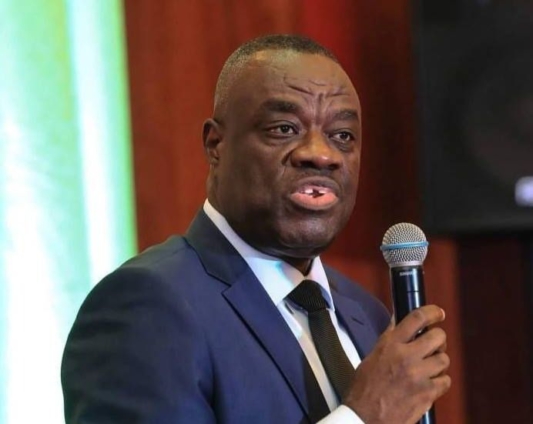 The visit, which took place on June 1, was to discuss issues of interest to the sector in respect of the Pan African Heritage Museum.

The discussions with Dr Awal, centred on the pillars of Beyond the Return which dovetails into the overall objectives, vision and agenda of the Pan African Heritage Museum (PAHM).

They include; Experience Ghana, Diaspora Pathways to Ghana, Brand Ghana, Give Back Ghana, Promote Pan – African Heritage and Innovation, Celebrate Ghana and Invest in Ghana.

The leader of the delegation, Ladi Nylander, informed the Minister that the chairman and founder of the PAHM was currently in the United States of America (U.S.A) on related engagements of the PAHM.

The delegation expressed appreciation to the Minister through the Deputy Minister, Mark Okraku Mantey for gracing the occasion during the Launch of the Digital Museum on May 5, 2022.

It offered the team the opportunity to have confidence in the government’s resolve to support the PAHM.

The Executive Director of the PAHM, Prof Pashington Obeng stated that it is the hope of the PAHM to have the needed support and assistance from the Presidency and the Ministry of Tourism, Arts and Culture.

He noted that the team believes that all-hands-on-deck is important to create the needed partnership.

He further said that the museum will not just be a place for people to come through and experience the artefacts and African relics, but it will also be concerned about the local community involvement thereby creating jobs and employment.

He assured the Minister that seminars and workshops will be organized in Senior High Schools, Universities, etc. across the country to empower the youth to create jobs and help them understand African culture, history and heritage.

In his remarks, Dr. Awal said culture defines us as a people and therefore he is personally inspired by the concept and idea behind the Pan–African Heritage Museum, currently operating digitally until the construction is over to have the physical experience.

He noted that African-Americans undertake trips to destinations where they can connect with their roots and history and therefore this is timely.

The Minister informed the PAHM team that the Ministry targets two million visitors by 2024 and beyond to generate $5 billion dollars for the Ghanaian economy.

Dr. Awal said, per statistics, each tourist spends an amount of $2,500.00 in the country when they visit, which energizes the economy.

He said, for this year, the target of the Ministry is 1 million tourists as part of Destination Ghana and Beyond the Return campaigns.

The Minister reiterated the government’s commitment to create jobs and employment through the private sectors and one of such initiatives worthy of support is the PAHM which aims at involving the local community and creating opportunities for the youth of this country.

Dr. Awal was emphatic that, the Ministry is working assiduously to make tourism the number one contributor to the country’s Gross Domestic Product (GDP).

He again noted that the very foundations of tourism are culture and heritage therefore, it is the resolve of the Ministry to support the private sector to push Ghana’s cultural heritage across the length and breadth of the globe.

On the opening of the National Museum, the Minister disclosed that it will finally be opened on Friday, June 10, 2022.

The leader of the delegation, Mr. Nylander on behalf of the team took the opportunity to congratulate the Minister and his Deputy for the good works they continue to do for Ghana.

He made it clear that the Hon. Minister had been specific and measurable in his dealings and hope his tenure of office will be successful.

Mr. Nylander made it known that the Pan African Heritage Digital Museum is one of a kind in the world.

He noted that there are about 3,000 museums in Europe and only 200 in Africa. None of these has a digital version.

He took the opportunity to invite the Minister and his Deputy to the launch of the second phase of the Digital Museum of the PAHM Scheduled for August 31, 2022, which is earmarked as “Africa Day”.