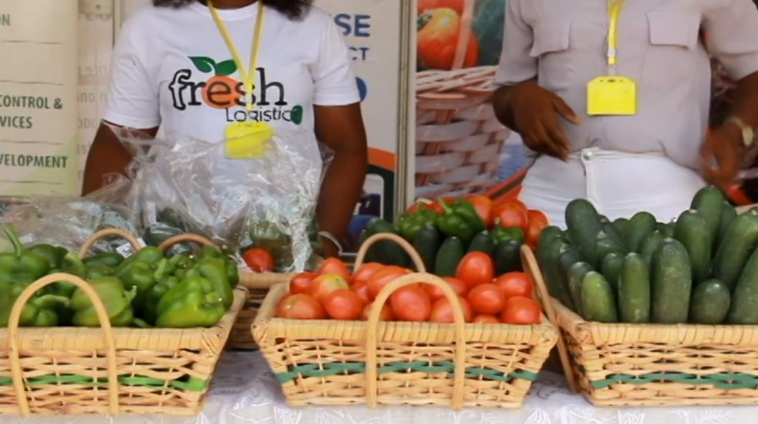 Exhibitors at the Exhibition Fair at this year’s National Farmers’ Day celebrations in Techiman have called on government to organise similar Agriculture fairs either quarterly or at least twice a year.

The Regional event was part of the 36th National Farmers Day celebration in the Bono East Region.

Interacting with JoyNews’ Anas Sabit at the Techiman Methodist Park, an exhibitor said, “It will be a good idea to have this event more often, maybe twice a year for just two or three days, the more we have exposure to the farmers, the better it is for us and the farmers as well.

“I believe that if this sort of fair is organised let’s say twice a year and not wait till farmers day such as this, it will go a long way…it helps give us visibility in the market, it’s a national event so we have all the key industry players from all over the country assembling here,” another observed.

To others, the exhibition has introduced them to some dignitaries even as they and are hopeful of a positive outcome at the end of the event.

“We suggest that such exhibitions are encouraged so we get to have them regularly because we have had lots of dignitaries visiting our booth and they are very happy with the technology used because it will help to save lands, money among others, so if we have this two or three times in a year, we would appreciate it”.

“It has been very impressive so if we can continue to be doing this thing, at least if not yearly, quarterly to exhibit made in Ghana products, for instance, it will help us,” an exhibitor observed.

They called on government and the Agriculture Ministry to pay heed to their suggestion.

“It has really been helpful to us because many people didn’t know our products but when we came here, we have sampled about 10,000 people already…and at least we’ve made some sales too”.

Another exhibitor noted that, although “this year, 2020 has not been easy for anybody, I believe this is a very good opportunity to connect people together…the number of visitors is increasing by the day and we still expect more farmers to come, we are so happy to be part of this event”.

The National Farmers’ Day in Ghana is celebrated on the first Friday of December each year to recognise the contributions of farmers and fishers in the country.

However, this year it was brought to November because of the December 7, election.

The Day is also intended to pay respect to the importance of the farming and fishing industry in the socio-economic growth of Ghana.