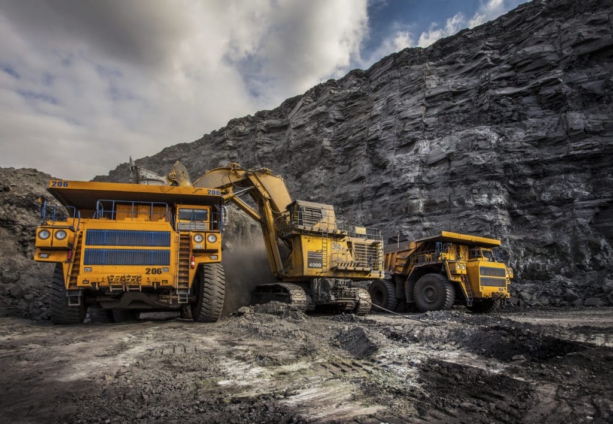 This the economic and policy think tank is calling for a relook at oil and mining agreements with producers to enable the nation benefit significantly from the sector and close the tax revenue gap.

Middle income economies and developing economies average are 54.2% and 49.7% respectively.

According to the report led by Senior Research Fellow, Dr. Saed Boakye, given its size, Ghana’s extractive sector revenue generation is expected to be not less than the average of its peers in the developing world in relative terms.

Comparing Ghana to its middle income peers, the findings indicated that Ghana would have earned an additional amount of Ȼ13.26 billion or $2.89 billion in 2018 alone, representing 4.4% of GDP.

However, if the oil and mining subsectors’ revenue ratios had been equal to the averages of Nigeria and Botswana respectively, the country would have earned an additional amount of GHȻ19.82 billion or $4.32 billion in 2018 alone, representing 6.6 % of GDP.

Indeed, the total revenue gaps between Ghana and Africa and middle-income economies were found to be 4.7% and 6.2 percentage points respectively.

The IFS therefore said “if the government of Ghana had matched the middle-income economies’ average earning ratio, it would have covered about 94% and 71% of the total revenue gaps between Ghana and its African and middle-income peers, respectively.”

It said the additional revenue of $4.32 billion or Ȼ19.82 billion that the government of Ghana would have received in 2018 from the extractive sector had the country earned the same ratio as the average ratios for Nigeria and Botswana would have caused the government of Ghana’s total revenue in 2018 to be Ȼ67.46 billion. This represents 22.4% of GDP, instead of the GHȻ47.64 billion which is just 15.8% of GDP it actually received in 2018.

The report said due to the serious problem of information asymmetry, it is difficult to know the true profitability of the extractive companies, as they tend to have free rein and complete control over their operational and productive activities under concessionary arrangements.

Secondly, it said “several obstacles to full taxation of rents arise. Asymmetric information means that host governments (as principal) generally need to forego some rents in order to provide appropriate incentives for better-informed producers (their agents). Practical difficulties arise in accurately observing revenues and costs, and from tax avoidance devices.”

Additionally, it said it is also unusual under pure concessionary arrangements to place restrictions on some of the extractive companies’ costs, such as interest/financing and administrative/overhead costs, because the title to the mineral resources is normally transferred at the wellhead.

Again, the report said, even under concessions, governments can enjoy large revenues if they have large participation interests under joint venture arrangements, since strong JVs help to overcome the information asymmetry problem, and involve significant additional product/profit sharing.

Furthermore, it said the government of Ghana over-relies on the use of fiscal instruments (royalties and corporate income tax) under concessionary arrangements with very limited direct involvement in terms of participating interests, and production sharing agreements, which are able to help overcome many of the practical problems associated with concessionary arrangements as explained above, are not used in the country.

From the oil sector, the report attributed the main issue to the revenue instruments of concession (Royalties and corporate income tax (and its associated rent taxes)) are not dependable sources of revenue in Ghana.

It cited example about the government of Nigeria which has controlling interests in the oil joint ventures in the country. On average, the NNPC holds 59.2%, while the IOCs hold 40.8% in the JVs.

Admittedly, it said unilateral cancellations of the existing oil and mining contracts will be interpreted as breaches of trust on the part of the government.

However, it said what is worse than unilateral cancellations of the contracts is continuous implementation of agreements that are skewed in favor of companies extracting resource endowments of the poor while repatriating the lion’s share of the rents to rich nations, even though the rents are supposed to be entirely for the government.