Facebook will pay a $5bn (£4bn) fine to settle privacy concerns, the US Federal Trade Commission (FTC) has said.

The social network must also establish an independent privacy committee that Facebook’s chief executive Mark Zuckerberg will not have control over.

The FTC had been probing allegations political consultancy Cambridge Analytica improperly obtained the data of up to 87 million Facebook users.

The probe then widened to include other issues such as facial recognition.

The $5bn fine is believed to be the biggest ever imposed on any company for violating consumers’ privacy.

“Despite repeated promises to its billions of users worldwide that they could control how their personal information is shared, Facebook undermined consumers’ choices,” said FTC chairman Joe Simons.

“The magnitude of the $5bn penalty and sweeping conduct relief are unprecedented in the history of the FTC. The relief is designed not only to punish future violations but, more importantly, to change Facebook’s entire privacy culture to decrease the likelihood of continued violations.

“The commission takes consumer privacy seriously, and will enforce FTC orders to the fullest extent of the law.”

The consumer protection agency the FTC began investigating Facebook in March 2018 after it was revealed that personal data was illegally harvested from an online personality quiz and sold to Cambridge Analytica, with subsequent claims the data may have been used to try and influence the outcome of the US 2016 presidential election or the UK Brexit referendum.

Although only 270,000 people took the quiz, whistleblower Christopher Wylie alleges that the data of some 50 million users, mainly in the US, was harvested without their explicit consent via their friend networks. 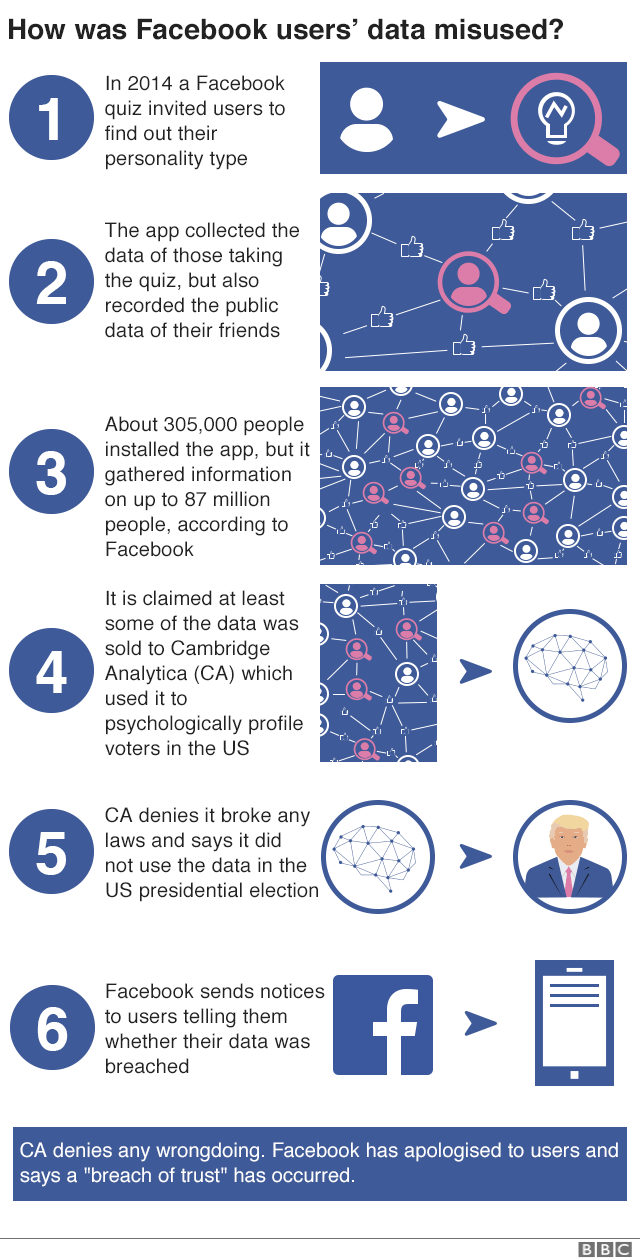 But Cambridge Analytica was not the only firm to have access to users’ personal data – the data was gathered using Facebook’s infrastructure at that time, and many other developers had taken advantage of it, but the data was not authorised for them to share with others.

Facebook was fined £500,000 by the UK’s data protection watchdog for its role in the Cambridge Analytica data scandal in October.

What did the US government say about the violations?

The social network also fell foul of the regulator by not revealing that phone numbers collected for two-factor authentication would be used for advertising.

FTC representatives from both the Democrat and Republican parties voted the settlement deal through, although some dissented, arguing it did not go far enough.

One, Democrat Rohit Chopra, tweeted that the fine would not stop Facebook “engaging in surveillance”.

The government just announced its proposed settlement with Facebook for its privacy failures. $5 billion sounds like a lot, but the fine print in the settlement has a lot for $FB to celebrate. I voted no. Here”™s why.

Does the fine matter?

Facebook has deep pockets – the firm’s annual revenue last year was $55bn. However, the FTC’s fine will still irritate the tech giant. In a press release, the company acknowledged unequivocally that its involvement in the Cambridge Analytica scandal was “a breach of trust” with its users.

The regulatory action will be taken by some as a general sign that mishandling user data can incur real consequences from US authorities. For years, apps and websites have casually harvested personal information for murky ends. While this will undoubtedly continue in many quarters, with every crackdown, such activity only becomes more contentious.

But there are those who think the FTC could have gone further. And one, Alex Stamos, Facebook’s former chief security officer, thinks the settlement actually benefits the company. By restricting the flow of data, Facebook may get to effectively hoard its 2.4 billion users, he argues, rather than allow them to access third-party apps or competing social networks. 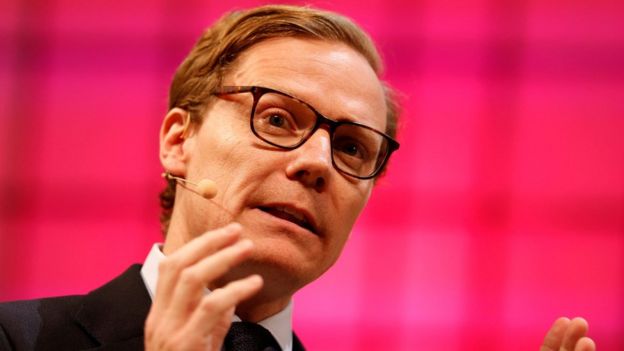 What happened to Cambridge Analytica?

In May 2018, Cambridge Analytica filed for bankruptcy in the US, blaming a “siege of media coverage” for driving away customers and forcing its closure.

As part of a separate settlement with the FTC, two of the defendants – former Cambridge Analytica chief executive Alexander Nix and app developer Aleksandr Kogan – have agreed to administrative orders restricting how they conduct any business in the future.

The pair are also required to delete or destroy any personal information they collected.

What does Facebook say it will do in the future?

In a post on Facebook, Mr Zuckerberg said that the firm would be making structural changes to how its products were built and how the company is run.

“We have a responsibility to protect people’s privacy,” Mr Zuckerberg wrote.

These new practices would go far beyond what is currently required of tech firms under US law, he added.

At the same time that the FTC made its announcement, the US Securities and Exchange Commission (SEC) announced charges against Facebook for making misleading disclosures regarding the risk of misuse of user data.

As a result, Facebook has agreed to pay $100m to settle the charges.

The SEC found that although Facebook discovered the misuse of its users’ information in 2015, it did not clarify this for two years, instead telling investors that users’ data “may” have been improperly accessed.

The social network also told the media that it had discovered no evidence of wrongdoing in Cambridge Analytica’s use of Facebook user data. Furthermore, Facebook did not have specific procedures in place to assess the results of their investigation in order to make accurate disclosures in Facebook’s public filings.

The US Department of Justice (DoJ) is also investigating leading online platforms to see whether they are unfairly restricting competition.

The DoJ did not name any firms, but companies such as Facebook, Google, Amazon and Apple are likely to be scrutinised in the wide-ranging probe.

It was sparked by “widespread concerns” about “search, social media, and some retail services online,” the DoJ said.