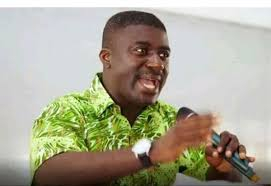 The Electoral Commission has refuted speculations that its main reason for pushing for a new voters’ register is to imbibe the facial recognition feature into the electoral roll.

According to the Deputy Commissioner in charge of Corporate Services, Dr Eric Bossman Asare, the decision to compile a new register is due to the numerous technical challenges with the current system.

“We were made aware through a report and correspondence with our former vendors that our equipment are obsolete and had reached levels where they could no longer be repaired,” he revealed to host of Joy FM’s Super Morning Show, Daniel Dadzie, Monday.

He stated emphatically that, the Commission will not back down on the decision to revise the existing register as there are a number of faults with it.

Maintaining the register will mean going to the polls in total neglect of the myriad of problems that have been highlighted by the Commission.

“We have to do the right thing for the country and for God. All these things are being done in the interest of the country and to be able to advance our democracy,” he stated.

Meanwhile, he explained that the Commission has plans to include facial recognition into the data collection process and acquiring the new software will be the best way to make the process easier.

“We are going to migrate all the data to the new one and when people come, all that will be taken is their facial identification.”

He clarified that, although the facial recognition system is not foolproof yet, it is intended to serve as a secondary mode of identification for people “whose fingers have become defective because of the manual work they do.”

Following the announcement by the Electoral Commission of the decision to update the existing register, there has been a lot of controversy and pressure from some opposition political parties and civil society groups against the move.

Most  recent of them was a protest organised in the Northern Region capital, Tamale, by the Coalition for Good Governance to protest against the EC’s proposal to create a new voters’ register,

Prior to that, the group held a forum in Accra to kick against the new register.