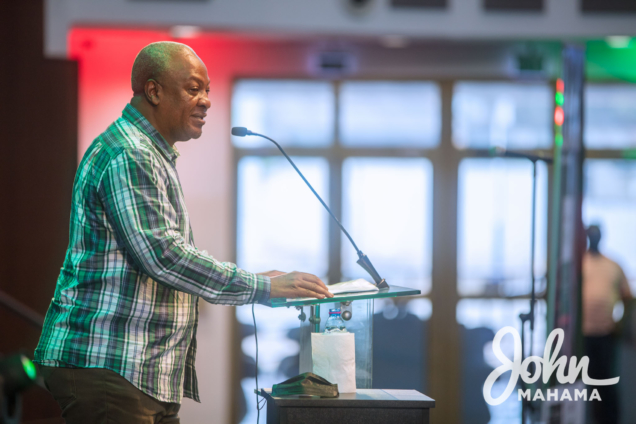 Former President John Dramani Mahama says the economy has been left to ruin despite the lofty promises made by the incumbent government to transform the country.

The former President noted that the plight of Ghanaians has worsened throughout the various sectors of the economy.

“Indeed we all recollect some of those mouthwatering promises including one by the current President to transform this country Ghana within 18 months. The issues that affect the youth of Ghana who dominate our population are many.”

Mr John Mahama made the comments when he launched the TEIN app at the University of Professional Studies, Accra (UPSA) on Monday afternoon, March 21, 2022.

For him, the “failure of this government has been spectacular in all fronts” because of its “general incompetence and corruption”.

On education, the 2020 flagbearer of the National Democratic Congress (NDC) bemoaned the non-release of funds, poor management of curricular, erratic school calendars, and poor relationship with teachers and lecturers among others.

He also noted how poorly government has treated the issue of unemployment and paying salaries to the Nation Builders Corps (NABCO) and National Service Personnel.

In his remarks, the former President also took a jab at Vice President Dr Mahamudu Bawumia, who described the then NDC government as “incompetent.”

According to John Mahama, the Vice President, who spoke of how the governing New Patriotic Party (NPP) would arrest the dollar and appreciate the cedi, has disappeared with no trace amidst the increasing cost of living and worrying state of the economy.

“We can’t find him. I asked the IGP if he had the key so that we could find where our Vice President was, but he said he doesn’t have it and doesn’t know his whereabouts”, he said.

DISCLAIMER: The Views, Comments, Opinions, Contributions and Statements made by Readers and Contributors on this platform do not necessarily represent the views or policy of Multimedia Group Limited.
Tags:
Dr Mahamudu Bawumia
John Mahama
NDC
TEIN