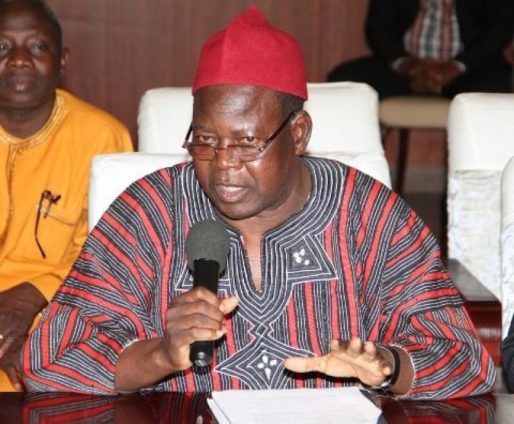 He said the Health Minister had breached the Public Procurement Law for entering into an international transaction without parliamentary approval and insisted that he should either resign or be dismissed by the President.

In a media interview on Thursday, Mr Azeem said failure by President Akufo-Addo to dismiss the Health Minister would be a dent in his anti-corruption credential.

He said the President’s continuous touting of resourcing anti-corruption institutions since taking the reins of government was not enough and that he needed to “walk the talk” by dismissing the Health Minister.

She said the President should heed the call by Civil Society Organisations and Ghanaians and act.

The embattled Health Minister has taken a two-week leave, the Office of the Chief of Staff had said.

Sheikh Al Maktoum was earlier this year contracted by Ghana’s Health Minister to supply 300,000 Sputnik V vaccines but only supplied 20,000 of the vaccines.

Parliament of Ghana set up an Ad hoc Committee to probe the botched vaccine deal and revealed that the Health Minister had made 50 per cent advance payment to Sheikh Al Maktoum, contrary to his earlier statement during his vetting that no payment was made.

DISCLAIMER: The Views, Comments, Opinions, Contributions and Statements made by Readers and Contributors on this platform do not necessarily represent the views or policy of Multimedia Group Limited.
Tags:
Kwaku Agyeman-Manu
Sheikh Ahmed Dalmook Al Maktoum
Vitus Azeem