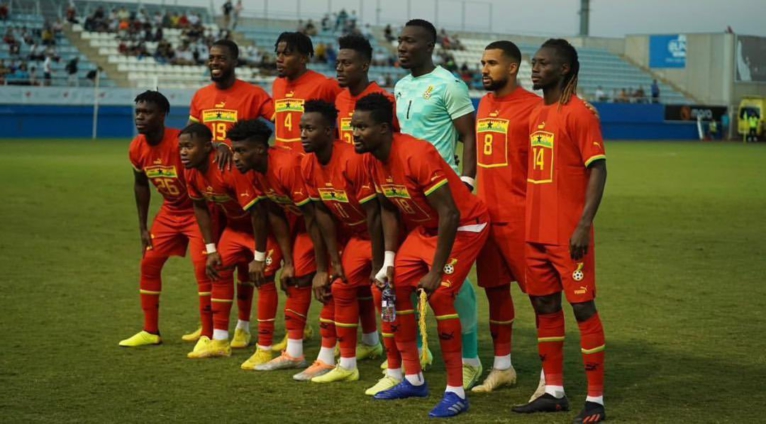 Otto Addo made eight changes to the starting line-up that faced Brazil four days ago, as Richard Ofori, Alidu Seidu, Gideon Mensah, Daniel-Kofi Kyereh and a host of others were handed starting berths.

Unlike the game against the Selecao, Ghana played with urgency and more intent on the ball and should have had a couple of goals in the first 25 minutes of the game.

However, it took a timely curled effort from Abdul Fatawu Issahaku to open the score after 35 minutes, with the Sporting Cp forward cutting in before targeting the far post to give Ghana a 1-0 lead.

The Black Stars came close again through star man Mohammed Kudus but his first touch in the 18-yard box took the ball away from him before his attempted pass was cleared by a retreating defender.

Ghana headed into the break with the lead but felt they should have had more than just a goal in the opening half of the game.

The first chance after recess fell to Mohammed Salisu, whose header went just above the crossbar.

Seidu forced a save out of the goalkeeper minutes later with a forward burst run but the shot from his weaker foot was parried away by the opponent’s goalkeeper.

Inaki should have doubled Ghana’s lead after the 60th minute once again the Nicaraguan goalkeeper was up to the task and denied the Athletic Bilbao forward.

Kudus was twice denied by the assistant referee’s flag after putting the ball into the net.

Despite the numerous chances presented to them, the Black Stars could only manage a 1-0 win as they ended brought an end to their international break.

DISCLAIMER: The Views, Comments, Opinions, Contributions and Statements made by Readers and Contributors on this platform do not necessarily represent the views or policy of Multimedia Group Limited.
Tags:
Abdul Fatawu Issahaku
Black Stars
Nicaragua