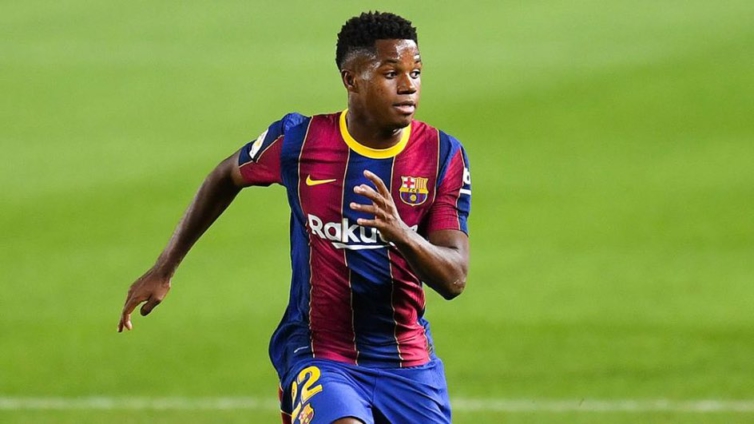 Ansu Fati has cemented himself in Clasico history by becoming the youngest player to score in the Barcelona vs Real Madrid fixture in the 21st century at just 17 years and 359 days old.

Saturday’s showpiece lived up to its billing in the early stages, with Federico Valverde opening the scoring for Madrid after latching onto Karim Benzema’s through-ball with only five minutes on the clock.

It took Barcelona teenager Fati a mere three minutes to restore parity at Camp Nou, however, finding himself on the end of a fine cut-back from Jordi Alba to level things at 1-1.

In doing so, the youngster reserved his place in Clasico folklore as the youngest ever to find the net in the historical fixture this century in La Liga.

Fati’s feat is the second time this year that the record has been broken, with Vinicius Jr having done so in March at 19 years and 233 days old.

The previous best was held by none other than Barcelona icon Lionel Messi, who burst out of the blocks in his first Barca vs Madrid grudge match as he bagged all three goals in a thrilling 3-3 draw.

Fati’s seemingly endless talent has been evident for some time now despite his tender years, with some going so far as to name him the natural successor to club captain Messi.

The winger found himself making headlines in this season’s Champions League as he became the first-ever player under the age of 18 to score more than once in the competition.

Fati is also a full Spain international as of August this year, the attacker having since racked up four appearances for his country whilst scoring to claim himself the title of La Roja’s youngest ever goalscorer.

Unsurprisingly, Spain boss Luis Enrique is suitably impressed with the youngster’s talent which, as the coach pointed out, will only improve.

“Sure, he will have bad games – he is only 17 years old and has to mature,” Luis Enrique told the press. “But his self-confidence is not normal.”