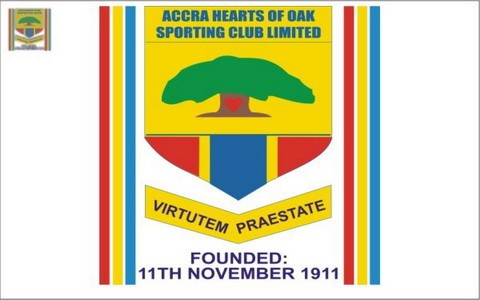 Accra Hearts of Oak will welcome Cape Coast Ebusua Dwarfs to the Accra Sports Stadium on Wednesday, 26th February, 2014 in the match-day 18 of the 2013/14 First Capital Plus Premier League,and kick-off is at 3:15pm.

TEAM NEWS: Romeo Agban, Nuru Sulley, Gilbert Fiamenyo, and Thomas Abbey have joined the team in camp. Eric Kumi will be in the team for the Dwarfs game before he joins the camp of the Black Satellites. Kenneth Okoro (groin), Obed Ansah (ankle), Moro Abubakar (knee) will be missing the game due to injury.

MATCH-PREVIEW: Accra Hearts of Oak will welcome Cape Coast Ebusua Dwarfs to the Accra Sports Stadium on Wednesday, 26th February, 2014 in the match-day 18 of the 2013/14 First Capital Plus Premier League.

The Phobians moved to second place on the league with a hard fought victory in Aduana in the last match-day, and remained there when Ashgold failed to win any of their two outstanding matches.

Hearts grabbed their first win under the Polo's reign with a 0-1 away win at the Robert Mensah Sports kind courtesy of Thomas Abbey to end a streak of winless runs against the Cape Coast side.

Ebusua Dwarfs have gone 8 games without a league win, and their poor form as seen them drop to 15th on the Premier League table.

However, they have proven in continental competitions that they can rise to the occasion when the needs be with the elimination of Senegalese side ASC Diaraf in the CAF Confederation Cup.

The Phobians have been handed a massive boost by the return of Gilbert Fiamenyo, hardworking Thomas Abbey, CHAN silver-medal winning defender Nuru Sulley and Romeo Agban.

Hearts are hoping to record their first win at the Accra Sports Stadium under coach Polo, and with a struggling Dwarfs in town, the Phobians must banish last fortnight's defeat to All Stars with a home.

From the last 14 meetings between the two sides in the league, Hearts have won 5, drawn 2 and lost 7. A total of 29 goals have been scored in that period with Dwarfs leading the way with 16 goals against Hearts' 13.