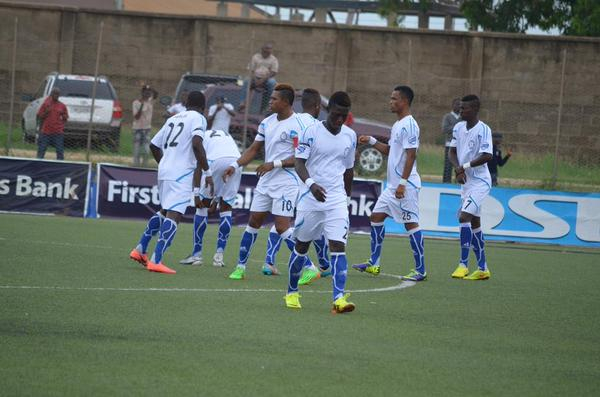 It’s AshGold versus Berekum Chelsea at the Golden City Park on Friday.

In short, for the Miners, the league title in sight.

Since week one, Bashir Hayford’s side have displayed free flowing attacking football, commitment and – crucially, a desire bent on winning this year’s league. The setting to bring this triumph closer could not have been at any better place than Berekum.

But make no mistake, they face a formidable side who are unbeaten in their 13 home games this season.

The Berekum side have enjoyed a fairytale season and no one will bet against them adding another to the script before the season ends.
Chelsea began the season in financial crisis and had their points ducked. Essentially, their points haul at a point was negative.

After a series of appeals, they reclaimed their points, and then went on an incredible run in the second round which saw them breaking their 30 match winless streak away from home.

Then they topped it off with being two points behind AshGold, an advantage they lost only in the last fortnight.

Can they add a victory over the Obuasi side to further open the title race?

This game has all the makings for an interesting game on Saturday with both teams fighting hard to achieve individual goals.

A win for the Miners will put pressure on Aduana in their game against Heart of Lions while Chelsea will go in search of extending their unbeaten home record which dates back to December 30, 2012.

The Blues have had the better of the two sides' meetings: winning four of their previous 11 meetings with the Miners winning only three.

The corresponding fixture ended 1-0 in favor of Bashir Hayford’s men who will take a win of any kind tomorrow.

“We make sure we will go to Berekum Chelsea and pick the points so our last matches will be a formality so that we go and collect our cup and bring it to Obuasi,” Hayford said.

His words depict confidence but he will have to devise means of stopping the deadly strike force of Stephen Baffour and Kofi Owusu who have combined to score 26 of Chelsea’s 37 goals.

If fans are assured of anything on Friday, it should be goals. Both teams are leading the scoring chart with a combined total of 68 goals between them.