Financial rules at the GFA are lax - Christopher Opoku - MyJoyOnline.com

Financial rules at the GFA are lax – Christopher Opoku 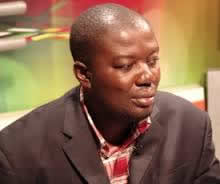 Football analyst Christopher Opoku says financial laxity and indiscipline accounts for the GFA President's failure to readily produce a list of people who benefited from some 577,000 dollars.

FA President Kwasi Nyantakyi revealed at day-two of his testimony at the Justice Dzamefe Commission Wednesday that some 577,000 dollars was shared among more than 20 football officials made up of members of the Black Stars Management Committee and the Football Association.

According to Mr Nyantakyi, contrary to speculations in the public that only seven members of the Black Stars Management Committee shared the money, any person considered to have played a part in the success of the Black Stars team both within and outside the GFA also received some payment. There were about 20 of such people he explained.

When asked by the Commission set up to investigate Ghana's poor showing at the Brazil World Cup to produce the list of beneficiaries, Mr Nyantakyi said he couldn’t readily do that but promised the Presidential Commission he would furnish the members with the list at a later date.

But sports commentator and Editor of footyghana.com Christopher Opoku said Mr Nyantakyi's inability to readily produce the list may have been because of poor record-keeping at the FA.

"We heard from the testimony that no record keeping was done and I feel that it is a minus," he stated.

Meanwhile at his final day at the Commission, Mr Nyantakyi proposed a system of football administration where the President is vested with greater powers to choose his own people to run the FA as it pertains in francophone countries.