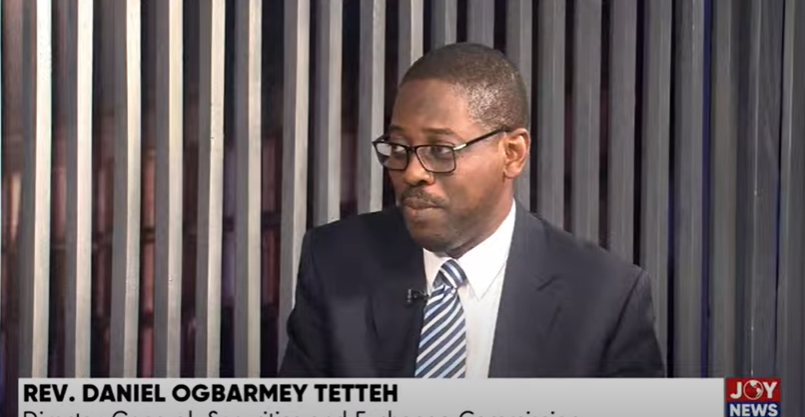 The Director-General of the Securities and Exchange Commission (SEC), Rev Daniel Ogbarmey Tetteh says 4 out the 47 fund management firms that had claims filed against them following the 2017 financial sector cleanup still have pending liquidation orders.

In the 2017 financial sector cleanup, 50 fund management firms had their licenses revoked, out of which 47 of them had had claims filed against them.

This, he says, means that contributors who are yet to receive payment, as well as those who were only partially refunded most likely belong to these 4 fund management firms still waiting for their liquidation grant.

Speaking on PM Express Business Edition, he explained that the ongoing bailout scheme came about after the SEC had engaged government concerning the idea.

“Towards the end of 2020, we engaged the government about the concept or the idea of throwing in a partial bailout and government agreed, so the partial bailout was an amount up to ₵50,000. So if you had a claim more than ₵50,000 you should have received your partial bailout but then you’d still have money,” he said on Thursday.

Rev. Ogbarmey Tetteh noted that contributors who had received partial payment will only receive the remainder of their funds after their fund management firm receives the liquidation order.

He further revealed that there are two other classes of people who may have not yet received any funds.

These include people contesting their validated claims and those who had refused to assent to the government’s agreement for a bailout.

Concerning the former group, he said, “There are also some people who are contesting or not happy with the validated claims that they were given so when it happens that way there’s room for you to engage the agent who did the validation of the claims so that there can be some manual validation.”

For those that had refused to assent to the government’s agreement, he stated that they may have to receive their funds from the liquidator.

“To participate in the government bailout programme you must also agree that you are assigning your right to the government. So there are people who haven’t because it is voluntary,” he said.

DISCLAIMER: The Views, Comments, Opinions, Contributions and Statements made by Readers and Contributors on this platform do not necessarily represent the views or policy of Multimedia Group Limited.
Tags:
Financial Sector Clean-up
Reverend Ogbarmey Tetteh
Securities and Exchange Commission