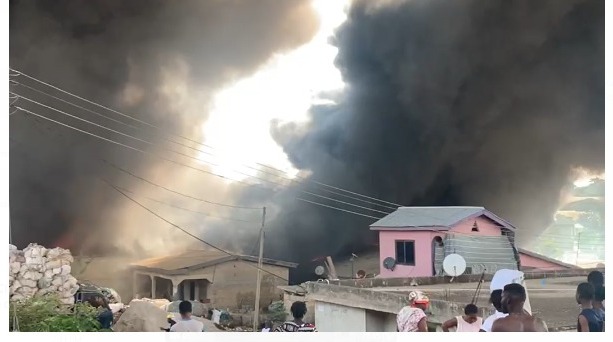 Fire has gutted several homes in the Kronum-Cement-Mu suburb of the Afigya Kwabre South District in the Ashanti region.

It started around 2:00pm on Saturday and extended to at least 6 homes, destroying more than 50 apartments.

Several fire tenders have been dispatched from various stations in Greater Kumasi to fight raging fire.