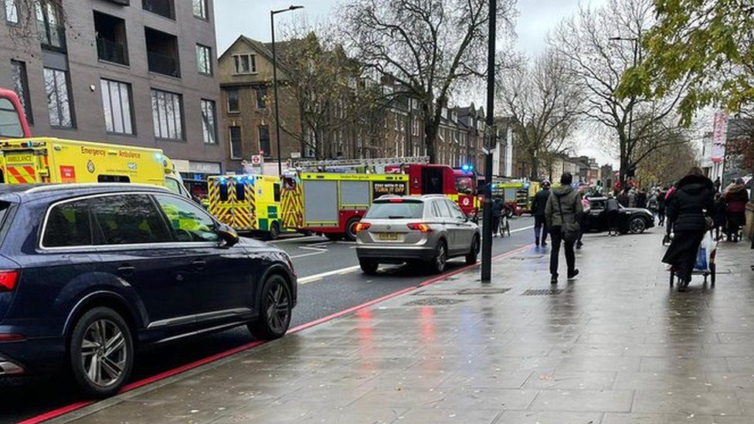 Five people were injured when a car mounted a pavement and hit pedestrians in north-east London. Four of those hurt, in Stamford Hill, Hackney, were taken to a major trauma centre and the fifth was taken to another hospital.

One of those injured is in a life-threatening condition, the Met Police said. The matter is not being treated as terror-related and no arrests have been made, the force added.

Footage posted on social media shows a silver car resting against a tree on the pavement. A nearby bus shelter also appears to have been damaged in the crash, which the London Ambulance Service said happened at about 09:40 GMT.

The eyewitness, who asked not to be named, described “hearing a bang” as the car hit the bus stop. They said that after the two pedestrians were sent flying, the driver hit a Mitsubishi and “the car did a 90-degree rotation”.

“Another guy on crutches got hit.

“I called police and they were here in two or three minutes. I saw five people getting treated, including the driver.”

Hackney Council urged people to avoid the Stamford Hill area and said the A10 had been closed in both directions between Clapton Common and Cazenove Road.